A merger of Birmingham’s two biggest providers has been cleared by the Competition and Markets Authority, which said the benefits clearly outweighed the reduction in patient choice.

In a decision published today, the CMA said while the merger would lead to a reduction in competition for specialist services in the region, the merger of University Hospitals Birmingham and Heart of England foundation trusts could proceed. 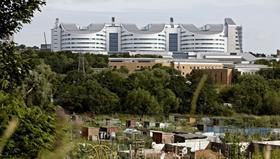 A statement said: “The CMA found that the benefits put forward by the hospital trusts outweighed the CMA’s potential competition concerns.”

The merger has been supported by NHS Improvement. If completed, the combined trust would have a turnover of more than £1.4bn – more than any other that currently exists, though it would be the second largest if another planned trust merger in Manchester goes ahead.

The CMA was particularly concerned that HEFT would revert to past performance struggles without continued support from UHB.

Evidence was submitted showing that since UHB chief executive Dame Julie Moore took over management of both trusts in October 2015, HEFT’s performance against quality and patient safety measures has improved.

“Improvements and a number of other longer term benefits would disappear without the merger and the continued presence of the UHB management at HEFT,” the CMA said.

Without a merger, the CMA said HEFT was unlikely to be able to compete for services with UHB and both trusts would continue to struggle with capacity restraints.

Overall, 25 elective specialities were identified that were currently provided by both trusts, representing 15 per cent of total revenue.

This created a risk that the merger would “reduce quality for patients by removing the incentives that currently exist for the trusts to attract patient referrals from each other”, the CMA said.

However, as with the recent Manchester merger decision, the CMA emphasised the diminishing role of competition in the NHS.

It is the first time the CMA has approved a hospital merger without referring the matter to a more indepth investigation.

The authority said this decision was reached because of the clear patient benefits, particularly at HEFT, and “strong” support from NHSI.

A UHB spokeswoman stressed the decision, while welcome, was not the final step in the merger approval.

The merger still requires formal NHSI approval, with a decision expected in October.

If approved by NHS Improvement, it will then return to both trusts’ boards and governors for sign off. The trusts currently share a chief executive and chair, Jacqui Smith, but have separate boards. A final decision is expected this winter.

Advice from NHSI supporting the merger is expected to published at a later date.