Regulator's handling of Morecambe Bay scandal to be reviewed

An independent review into the handling of the Morecambe Bay care scandal by the Nursing and Midwifery Council has been announced, following concerns over the regulator’s actions.

HSJ understands the NMC set up the review after criticism earlier this year of some of its decisions. 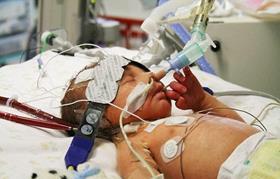 Joshua Titcombe died at the Morecambe Bay trust in 2008

The NMC said the review would be commissioned next year when the final two fitness to practice investigations into midwives at University Hospitals of Morecambe Bay Foundation Trust had been completed.

Earlier this year, the Professional Standards Authority, which oversees the NMC, called its decision making “deficient” in the case against two midwives who were cleared of alleged misconduct linked to the death of baby Joshua Titcombe in 2008.

The midwives were cleared despite relevant evidence not being submitted to the misconduct panel.

In May, Bill Kirkup, chair of the Morecambe Bay inquiry, wrote to health secretary Jeremy Hunt setting out what he described as “lamentable failures” by the NMC.

The Department of Health has also said: “The NMC needs urgently to review the way it treats patients and bereaved families who are witnesses in these cases and the way it handles evidence.”

The regulator has been criticised for refusing to publish a review into its handling of midwife Lindsey Biggs, who was allowed to continue working at Morecambe Bay while under investigation.

Ms Biggs was sacked by the trust earlier this year after being implicated in another baby’s death. She was struck off by the NMC over failings linked to Joshua’s death.

Joshua’s father James Titcombe, said: “The way the NMC has handled the cases at Morecambe Bay has been woefully inadequate spanning from their initial response to deaths in 2008, the extraordinary delays that have happened since, through to the way they have managed recent cases which has attracted strong criticisms from the PSA.

“The role that the NMC have had in a situation that has led to very unsafe care and continuing unnecessarily loss of life in maternity services at Furness General Hospital, in my view cannot be overstated.”

He said families had to have confidence in the watchdog adding the NMC “should act decisively, competently and swiftly when patient safety is clearly at risk and where the scent of covering up is in the air.”

NMC chief executive Jackie Smith said the review would consider “what the NMC would do now if faced with the situation” as well as its handling of witnesses.

She told HSJ’s sister title Nursing Times: “The NMC has in the past always waited for people to do their bit first. That is not the approach we take now.

“But there is no doubt that if we find ourselves in a situation whereby we can definitely learn lessons from the way in which we have either waited or been passive or inactive, or even how we’ve taken witnesses throughout the proceedings, we need to say ‘I’m sure there are things we could do better’.”

She said the regulator wanted to apply any recommendations from the review to its wider work.

“We need to see how we apply this more broadly, because there are cases where we do have to wait, which means by the time we get round to dealing with it they are old. That’s not ideal for anyone and it’s really distressing.

“So what could we do differently in the future – bearing in mind the constraints of our legislation? And what lessons do we need to learn? I’m really determined that we do learn those lessons and that we involve the families,” she said.