Exclusive: Inadequate trust to get rating upgrade despite maternity concerns

A trust in the West Midlands is expected to have its overall rating upgraded from inadequate to requires improvement, but will keep the inadequate rating for its struggling maternity services, HSJ has learned.

Walsall Healthcare Trust is expected to receive an improved rating from the Care Quality Commission, after being placed in special measures in January 2016. 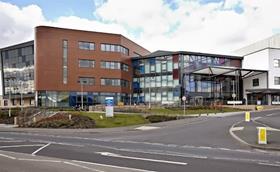 The trust called the inspection ‘an important milestone’

The provider confirmed its draft CQC report contains an overall rating of requires improvement and good for community services, following an inspection from the regulator in July.

The news follows warnings from the CQC over the apparent “bullying culture” in the trust’s maternity department.

It is not yet clear whether NHS Improvement will remove the trust from special measures following the rating upgrade.

Last month, the trust’s chief executive, Richard Kirby, was appointed to lead neighbouring Birmingham Community Healthcare Trust. He is due to leave in early 2018 and Walsall is also set to replace its medical and nursing directors.

A trust spokeswoman said: “We have received the draft report and have sent our factual accuracy responses back to the CQC. We are pleased that the hard work put in by our teams has been recognised in draft ratings of requires improvement overall, of good for the caring domain and of outstanding for our community services.

“We have always said that this inspection was an important milestone on our improvement journey but it is not the end in itself, so while we are pleased that it recognises the progress we have made we remain committed to continuing to improve.”