The report, published this afternoon, was commissioned by NHS Improvement after multiple revelations about the trust’s governance by HSJ, following the resignation of the former chief executive David Allison in December. 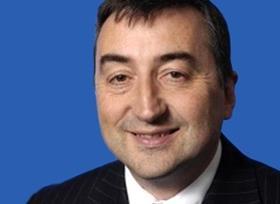 Ian Dalton said poor relationships prevented the board from working together

It also revealed the investigation tried to find the source of leaks to HSJ by examining email accounts at NHSI and the trust.

It said: “It can only be concluded that there appear to be some deep systemic cultural issues within [the trust], on which the trust is in need of external assistance and advice to enable matters to be appropriately surfaced.

“Staff also need further external support in regard to freedom to speak up, so that they can have confidence that such issues will be properly considered and dealt with, without the concern that speaking up will have adverse consequences for them personally.”

The report said the behaviour of Mr Allison was “intimidating” and examples of his behaviour “were substantiated by other witnesses”.

It added: “Some of these suggested that executives had on occasions been under unreasonable pressure to resolve issues without these issues emerging as problems.”

Mr Allison denied any suggestion that his behaviour was inappropriate.

The report highlighted that the turnover in board and sub-board positions was high. Twenty-four senior managers resigned between April 2012 and December 2016 including two refreshes of the executive team.

The report confirmed he did not take action. It said: “The failure to do so left all parties concerned in an invidious position, and in the absence of any substantive feedback or apparent actions, further undermined the trust and confidence between the executive directors and the former chair in particular, and possibly the wider NEDs.

“Ultimately, trust and confidence in the handling of these matters became so eroded that it compromised the effective leadership of WUTH, and when the former chair breached individuals’ confidentiality without consent, the relationship between him and the executive directors was irretrievably broken.

“The failure to act and deal with these issues appropriately exposed WUTH to a period of unstable leadership, which fell short of the principles enshrined in the NHS constitution and responsibilities of the board as a whole.”

The report also said Mr Carr revealed the identities of three of the directors who blew the whistle to NHSI at a meeting in December.

It concluded: “As the year progressed, all executive directors became increasingly disaffected by the former chair’s leadership of the board, which they felt was inhibiting open discussion of some issues (the former chair with some support from NEDs denies the latter).”

NHSI chief executive Ian Dalton said: “It is clear from this report that poor governance and culture at the trust contributed to a breakdown of relations between senior leaders and non-executive board members. This prevented them from working together to provide their patients with the safe, high quality care that they rightly expect.

“We have appointed Sir David Henshaw, who has a proven track record of providing good leadership to hospitals facing difficulties, as the interim chair. He will work with us, alongside the interim chief executive, to support the trust to make much needed improvements to their culture, allowing the trust to move forward and address the concerns raised in this report.”

While the report clearly set out the poor functioning of the trust board, it does not say why Mr Allison was offered a six month secondment at NHSI following his resignation.

The offer was withdrawn on 4 January after HSJ exposed on 21 December the concerns that had already been raised with the regulator in November.

The report said Mr Carr issued a press statement “without approval” saying the secondment had been agreed.

But it added: “This press statement was in breach of any substantive agreement and although due diligence checks were then completed, the offer of assistance was withdrawn by NHSI and WUTH reverted to identifying an offsite project for the former chief executive officer.”

The report did not say why due diligence checks did not stop the offer of a secondment given the concerns that were raised with the regulator last year.

The report also said there was an attempt to locate the source of the leaks to HSJ – with email accounts at NHSI and the trust being examined.

It said: “A review of relevant email accounts was conducted in order to explore the related alleged data breach at NHSI. Similarly, investigation of the NHS accounts which had access on WUTH’s system to the data in question was also undertaken. Neither search indicated that the document was shared with a third party from an NHS email account. More probably, the document may have been disclosed from a private email account.”