Chief nursing officer to retire after 40 years in the NHS

Jane Cummings has announced she will retire as chief nursing officer for England after six years in the role and nearly 40 in the NHS.

Ms Cummings was appointed chief nursing officer for England in March 2012. Since September 2017, Ms Cummings has also been NHSE’s regional director in London. 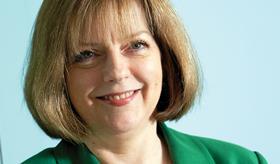 Jane Cummings said there should be ‘one nursing voice nationally’

She is also NHSE’s lead executive director for learning disabilities, maternity, equality and diversity, and patient participation and experience.

There is no set date for her retirement, but NHSE has said she will play an “instrumental role” in supporting the aligning of the nursing teams across NHS England and NHS Improvement over the next six months.

The two organisations today announced they would move to a single shared CNO and nursing director. In its statement on Ms Cumming’s retirement, NHS England said she had recommended this change. The current NHSI nursing director is Ruth May.

Ms Cummings is a registered nurse specialising in emergency care and has worked in a variety of clinical and managerial roles, including commissioning director, nursing director and deputy chief executive.

While chief nursing officer, Ms Cummings delivered a series of national programmes, including the “6 Cs”, Compassion in Practice and the current national framework for nursing, midwifery and care staff, Leading Change, Adding Value.

Earlier this year, Ms Cummings announced proposals to change the law to protect the title of nurse, which would prevent anyone who was not registered as a nurse with the Nursing and Midwifery Council from using the title.

Ms Cummings said “for some months” she has argued there should be “one nursing voice nationally”.

“To lead and deliver this change will require a commitment of several years and following more than six years as chief nursing officer and nearly 40 in the NHS, I feel it is appropriate that someone else should take on this challenge,” she said.

She added: “It has been an honour and privilege to be the professional lead for over 500,000 nurses and midwives who make an incredible difference to people when they need it most.

“Over the next six months, my focus will be to support the alignment of the two nursing teams across NHS England and NHS Improvement and lead the celebrations for the NHS in its 70th year. I will also launch the biggest recruitment campaign for new nurses for many years.”

NHSE chief executive Simon Stevens said: “Jane is a passionate advocate for nursing and midwifery, who has done so much to ensure the voice of nurses is heard loud and clear across the health service.”