In evidence to the NHS Pay Review Body, the Department for Health and Social Care said despite agreeing reforms to the Agenda for Change contract in 2013, many trusts have not implemented the changes. 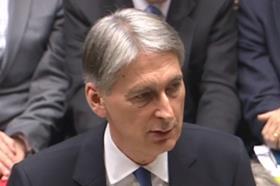 The government said as a result, the system is creating a cost pressure of £600m a year on top of annual pay awards, which have been capped at 1 per cent under the government’s pay restraint policy.

The incremental pay system in Agenda for Change is designed to reward staff who develop their experience and skills, and is supposed to be dependent on staff meeting local standards.

The government’s policy is to eliminate automatic increments across the public sector.

Agenda for Change covers more than 1 million NHS staff. Trade unions are currently in exploratory talks with NHS Employers on new reforms to the contract, which could lead to the government increasing pay by more than 1 per cent for the first time since 2010.

In its evidence to the review body, the DH said: “Any negotiations will review affordable options for investing in contract reform and annual pay uplifts in a way which helps to improve productivity.

“In the NHS, although the 2013 Agenda for Change national agreement gave employers locally the flexibility to develop their own criteria for linking incremental pay to performance, we understand that most employers continue to operate virtually automatic incremental pay systems.

“Incremental pay creates an inbuilt pressure of £600m every year on top of annual pay awards. Our ambition is to ensure that employers pay close attention to the support and development staff need in order to deliver the very best care patients and their families rightly expect.”

Unions agreed to discuss contract reform in the 2015-16 pay settlement and in November, chancellor Philip Hammond said the government would fund a pay rise if a deal was reached.

The evidence document said: “The government recognises that the Agenda for Change pay system has successfully created a framework for equal pay in the NHS and a framework for rewarding staff fairly. However, after nearly 10 years we believe the time is now right to review the agreement to ensure it can continue to deliver flexibility, capacity, fairness and value.”

Setting out its aims for the contract talks, the DH continued: “It is too early to set out the detail of any reform proposals that may be explored and agreed with trade union colleagues. There is, however, consensus that the priority should be reforming the incremental pay system to remove overlapping points, shortening pay scales and reforming the bottom pay bands in anticipation of the impact of the national living wage. The work will also consider the career journey (where the number of pay points are reduced) and how the performance and competence frameworks might be developed and or strengthened.

“Wider consideration may also need to be given to other terms and conditions to deliver a balanced package of reform as [the pay review body] has recommended or observed in previous reports.

“We believe that contract reform is not an end in itself, but when developed and implemented well is an important lever in helping the NHS to attract and keep the skilled and compassionate staff it needs.”