HEE chief to step down after eight years

Health Education England’s chief executive has announced he is leaving the education and training provider at the end of next March. 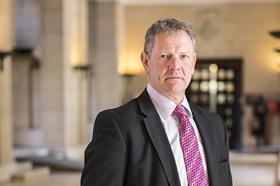 The organisation has come under fire in recent years, as the NHS has been beset by staff shortages and problems with workforce planning — although some have pointed out HEE could not solve these alone, and that its budget has been repeatedly cut.

HEE’s independence has come under question, with NHS Improvement chair Baroness Dido Harding now leading the development of a major “people plan” workforce strategy, in collaboration with HEE and others.

HEE chair Sir David Behan said: “I do not underestimate the work involved in creating a new organisation, especially at the same time as the importance of the workforce has risen to the top of the health and care agenda not only in the UK but globally.”

Sir David said work to appoint a successor would begin “immediately”. The body’s last executive board appointment was its chief nurse, Mark Radford, who is deputy chief nursing officer for England.

Amended 19 November 10.20am: Mark Radford’s job title has been corrected