Lifting the cap: Paying for the pay rise

The often repeated strategy of getting NHS staff to deliver more for less has run out of road, says Harry Quliter-Pinner 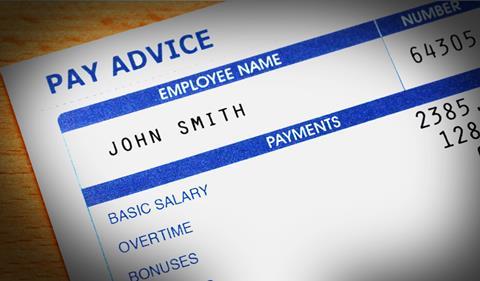 “I’ve been a cancer nurse for over 30 years and, believe me, things have never been this bad.” These are the words of a nurse in the NHS, written anonymously, in the Guardian’s Health Care Network last week. She or he continues “Understaffed wards are full of exhausted nurses…I regularly work through the day without a break and I am not alone in this.”

Our NHS depends on the hard work and dedication of a huge workforce who all too often go well above the call of duty to help us in our hour of greatest need. But all too often their goodwill and commitment is taken for granted. This is clear in the attitude towards NHS pay over the last few years.

Back in 2010 George Osborne, the then Chancellor, announced a two year pay freeze in the NHS (and across the public sector) arguing that whilst public sector workers “did not cause this recession –… they must share the burden as we pay to clean it up”. Seven years later and the pay squeeze is still in place.

Mercifully, the madness – and injustice – of the pay cap is finally being recognised amongst those with the power to change it

The result is that wages in real terms have fallen significantly: the average staff nurse – perhaps our friend from the Guardian article mentioned earlier – is now paid £3,214 (or 10.1 per cent) less in real terms than his or her equivalent in 2010-11.

As a result staff satisfaction with pay has plummeted, nursing vacancies are nearly double what they were in 2013 and agency bills for NHS trusts have rocketed.

Mercifully, the madness – and injustice – of the pay cap is finally being recognised amongst those with the power to change it. Jeremy Hunt, the health secretary, recently confirmed in the House of Commons that the pay cap for NHS staff would be scrapped, though the details of the pay rise – how much, for example – is yet to be confirmed.

What has been suggested by Hunt is that any pay increases awarded will have to come out of further efficiency savings in the service rather than additional revenues provided by the Treasury at the Budget.

This shows a staggering degree of naivety (or wishful thinking) on the part of the government as pointed out recently by Simon Stevens, chief executive of the NHS, who called it “an own goal of the first magnitude”.

As demonstrated by recent Institute for Public Policy Research analysis, the health and care system is reaching the limits of productivity growth. Even without the extra spending commitments associated with lifting the pay cap, the NHS was struggling to reach its required productivity targets of 2-3 per cent per annum, unsurprising given that its long run trend has been around 1 per cent.

Back in the summer the Chancellor of the Exchequer, Philip Hammond, hinted that he understood that it was time to move on from the government’s policy of austerity

This isn’t to say the service hasn’t tried to improve efficiency: some studies put productivity over the last few years above trend at 1.5 per cent. But there is increasing evidence that the low hanging fruit – of which pay restraint was a major example – have been captured and the efficiency drive is now simply resulting in poorer performance as the service is forced to cut corners instead.

Deficits are on the rise, the Care Quality Commission is warning about increased pressure on quality and safety, waiting times are being missed and vital services are being rationed with those in need unable to get treatment (eg the recent introduction of an ”affordability test” for new medicines).

NHS leaders are increasingly reaching for counter productive measures – selling buildings or avoiding much needed investments – to keep the show on the road.

All in all, it is now clear, seemingly to all but the government, that their often repeated strategy for maintaining a first class health service in an era of lower funding growth – getting staff to deliver “more for less” – has run out of road.

The only viable solution is for the Chancellor to find more money for the health service at the upcoming budget – both to pay for lifting the pay cap but also to improve the service at large.

The irony is that such a strategy would make a huge amount of economic, and also political, sense. Recent modelling by IPPR shows that a significant proportion of the funding required to lift the public sector pay cap – just less than half to be precise – would in fact be returned to the Treasury almost immediately in the form of higher tax receipts and lower welfare payments.

Meanwhile, recent polling by the King’s Fund shows that the majority of voters would be happy to pay more tax – for example, a National Insurance rise – to better fund the health and social care system.

Back in the summer the Chancellor of the Exchequer, Philip Hammond, hinted that he understood that it was time to move on from the government’s policy of austerity. “We do, of course, recognise that the British people are weary after seven years’ hard slog”.

The upcoming budget will be the first major test of whether this was a soundbite in response to his party’s poor performance at the last general election or a genuine recognition that policy needs to change. Lets hope for the sake of NHS staff, patients and the economy he makes the right choice.

Harry Quilter-PinnerHarry Quilter-Pinner is a senior research fellow at IPPR, the UK’s progressive think tank. He is co-author of Realising the Neighbourhood NHS which makes the case for a shift to primary care at scale.
Follow @@harry_qp