Whistleblowers’ complaints to the Care Quality Commission have resulted in 40 providers having inspections instigated or brought forward in the last year.

The data, obtained by HSJ under a freedom of information request, showed 15 NHS trusts and 25 independent providers (see table below) had their CQC inspection brought forward or a new one scheduled in response to concerns shared directly with the regulator by employees or former employees. 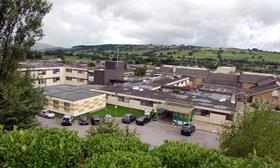 This means 14 per cent of all 291 providers that had complaints lodged against them (165 NHS and 126 private) had a new or rescheduled investigation.

The nature of the concerns was not identified but the CQC’s response said that in general whistleblowing concerns could be about “malpractice, risk (for example about patient safety), wrongdoing or possible illegality, which harms, or creates a risk of harm, to people who use the service, colleagues or the wider public”.

Twenty per cent of private providers that were the subject of a complaint had a CQC investigation unexpectedly scheduled or rescheduled. In comparison, 9 per cent of NHS providers where whistleblowers had raised concerns faced similar action.

She added: “Whether a service is privately run doesn’t affect how we respond to concerns. What does affect our response is the extent to which there is evidence that people may be at risk or that standards of care are not being met…

“A number of those enquires will have been followed up on future inspections, some of which may have already been imminent; some will have been referred to other bodies such as the police, who might be better placed to deal with the issue; and there will also be a proportion that remain under review currently.”

The CQC said that half of all the complaints contained information “noted for future review”, while 16 per cent led to “no action taken” and 5 per cent were dismissed as “unqualified whistleblowing”.

A fifth were still waiting for an outcome to be concluded and 3 per cent were referred to another body for review.

The whistleblowing statistics were first published in the February’s CQC board papers. They said that 12.3 per cent of 6,684 whistleblowing concerns between April 2016 and February 2017 “related to hospitals”. Concerns were submitted via the CQC’s national call centre and its website.