More than 120 additional junior doctors have applied for specialty training in the NHS and more than 170 trainees have applied to become GPs, new data from Health Education England shows.

Overall the number of doctors applying for training posts following their initial foundation years has increased by 2 per cent, or 126 doctors, compared to 2015 (see table, below). 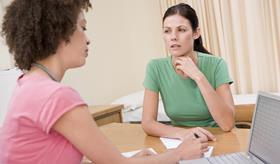 The largest increase in applications was in general practice

The total fill rate for specialty training positions advertised by HEE in 2016 has remained broadly stable since last year at 90 per cent, meaning 10 per cent of posts are unfilled.

The largest increase was in general practice where an extra 178 doctors applied to become GPs, with an overall fill rate this year of 83 per cent or 2,691 trainees. This is still below HEE’s target of 3,250 it needs to hit to meet its target of 5,000 extra GPs by 2020. A further round of recruitment for GPs is set to start this month.

Emergency medicine recruitment remained stable at a fill rate of 99 per cent, or 317 trainees. In 2014 HEE launched a £50m, three year programme to improve emergency medicine staffing with an extra 75 training posts each year.

Core psychiatry training saw an 11 per cent increase in trainees compared with 2015, with an extra 35 doctors applying for training, taking the total to 343 in 2016. This is still only a fill rate of 81 per cent, meaning a fifth of psychiatry training places are unfilled.

During the recent junior doctors’ contract dispute there had been fears that trainees would leave the country, after hundreds applied for certificates to work abroad from the General Medical Council.

The data does not show the number of doctors who leave training later in their career, with many royal colleges warning of rota gaps at senior registrar and consultant levels.

“Further rounds of recruitment are planned later in the year for training posts starting from February 2017. Fill rate data only provides an indication of advertised posts recruited to.”

Danny Mortimer, chief executive of NHS Employers said: “Employers are reassured to see that the fill rates for medical training programmes have matched previous years. A number of organisations and geographies continue however to face real challenges with vacant medical posts, and they look forward to STP discussions which both alleviate pressure on their services as well as provide support for innovation in their workforce.”