The proportion of NHS staff witnessing an error, near miss or other safety incident has reached its highest level for five years, the NHS staff survey has revealed.

The annual survey of staff working in NHS organisations found more than a quarter of workers, 27.8 per cent, said they had seen an error that could have harmed patients or service users in the previous month. 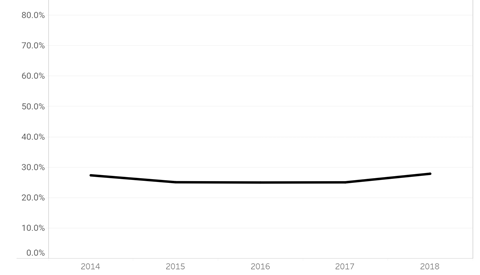 Almost 81 per cent of staff said they were satisfied with the quality of care they give to patients, down from 83 per cent in 2016.

However, there was an improving trend in questions looking at the safety culture within NHS organisations. There was a four percentage point rise in staff saying their organisation treats staff who are involved in an error, near miss or incident fairly at 58.2 per cent.

More than 70 per cent of staff agreed their organisation takes action to ensure reported errors, near misses or incidents do not happen again, up two percentage points since 2017.

And there were improvements in staff saying they would be confident raising a concern about unsafe care and that their employer would address issues raised.

On bullying and harassment the staff survey showed:

Other key results from the staff survey include:

The annual staff survey doesn’t include primary care staff or those working in national NHS organisations.