The Royal College of Midwives threatened legal action to prevent an NHS trust from publishing a report into a payoff given to a manager at the centre of a care scandal, HSJ has learned.

University Hospitals of Morecambe Bay Foundation Trust chief executive, Jackie Daniel, has confirmed the trust was threatened with an injunction by the RCM to prevent it publishing details of an internal review. 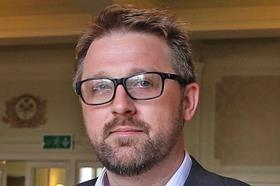 HSJ has learned the RCM served the trust with a “notice to injunct” this week. It came after the trust completed an investigation that revealed that former maternity risk manager Jeanette Parkinson, who was also a union official for the RCM, was given a “significant overpayment” by the trust. The payoff was part of an exit deal agreed in March 2012 following the maternity care scandal at the trust.

Ms Parkinson’s exit deal included 14 months’ redundancy pay when she was only entitled to one month’s pay. The agreement also allowed her to leave Morecambe Bay without facing an investigation by the trust into her alleged poor behaviour, which emerged after investigations following the death in 2008 of baby Joshua Titcombe who died after failures by staff.

Morecambe Bay chief executive Jackie Daniel told HSJ: “We did receive a letter indicating that they would injunct us. I have given a commitment to the family of Joshua Titcombe to release the information and I was concerned to do the right thing.

“This doesn’t do anything to build confidence that we are working in an open and transparent environment. It completely misses the bigger picture. My judgement was clear about doing the right thing.”

The deal was signed by the then HR director Roger Wilson, who now works at the Warrington and Halton Hospitals FT.

A spokeswoman for Warrington and Halton said the trust had been summoned to a meeting with the Care Quality Commission next month to discuss the situation and whether Mr Wilson will be referred to a fit and proper person review.

She said: “Whilst we are in receipt of the investigatory report from UHMB we have not received the supplementary legal opinion on whether there are grounds for a referral to the CQC fit and proper person panel. We are requesting this.

“We are aware however that the CQC has been provided with a copy of the report and we have been requested to attend a meeting with them to discuss this on the 14 November.”

James Titcombe, the father of Joshua, said: “The RCM seem more concerned about protecting their members, rather than welcoming the truth and supporting learning and change. This is yet another example of this.

“Jackie Daniel deserves huge credit for having the integrity and courage to unearth this shocking report, despite the immoral legal threats from the RCM.”

Commenting on the deal done with Jeanette Parkinson, Mr Titcombe, who campaigned with other families to expose problems at the trust, said: “This deal raises some serious and very worrying questions. Why was such a large amount of taxpayers’ money used in this way? Why were no proper governance processes followed? If the trust had concerns about the conduct of Jeanette Parkinson, why weren’t these issues properly investigated?

“The whole situation stinks and it is hard not to consider the possibility that this was a deal facilitated to prevent uncomfortable truths emerging.”

He added: “Yet again, taxpayers’ money appears to be an expendable and unchecked resource, whilst openness, transparency and accountability are readily exchanged for a quick fix that avoids difficult questions of senior people being asked. These stories happen too often. It’s clear that the system of performance management in the NHS is broken and needs to be fixed.”

In 2013, in response to the Francis report into Mid Staffordshire, Cathy Warwick, the current chief executive of the RCM, said: “Safety, staffing and openness and transparency should be at the heart of the NHS.”