Trust-level support must be in place for overseas doctors 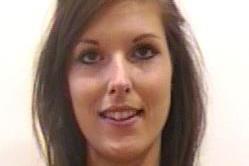 Overseas medical graduates – both international and European – are a necessity for the functioning of the NHS. Overseas doctors bring with them a vast amount of experience and skills that need to be utilised. Given that staff shortages are ever increasing, the NHS needs to ensure that it retains this important group of doctors, so why are we still not supporting overseas doctors sufficiently?

What if performance issues arise because transitional needs have not been addressed sufficiently by educators?

In my research I discovered that doctors who graduated overseas may need extra support to help them with their transition to the UK. While it seems an obvious point given that there will be differences in a number of areas (culture, communication, ethics, NHS structure, team working etc.), it is evident that not all educators and colleagues of overseas doctors appreciate this.

It is a commonly held view that overseas doctors lack competency. But what if performance issues arise because transitional needs have not been addressed sufficiently by educators?

Firstly, a lack of support. Training programmes often target culture or communication skills, and when the doctor returns to everyday practice, the support is lost: they are left alone to face their challenges with no support system.

For me it was fascinating, yet concerning, that many hospitals in my research lacked sufficient levels of training, supervision and general support for their doctors who were new to UK practice. Instead, they were expected to slot-in, to understand the complex healthcare system and the needs unique to British patients – as well as procedures and drug doses they had never come across before.

It was quite shocking that these doctors were then labelled as incompetent. Overseas doctors were faced with prejudice, discrimination and a lack of support from colleagues – hindering their ability to ask questions if they did not understand.

Where support was missing, many overseas doctors reported worrying performance issues. Retention was unsurprisingly low due to feelings of dissatisfaction, being undervalued, and having no career opportunities. Many reported feelings of depression and isolation.

Trust doctors – those in non-training posts – also faced challenges. Many of the doctors in these posts figured they were just filling gaps created by staff shortages and that’s why they were not supported clinically. Monitoring of trust doctors was also lacking – without guidance and relevant feedback, performance issues of course arose, and many also become dissatisfied and left.

Secondly, we need to ensure there is a supportive culture. Having been involved in the development, implementation and evaluation of a Programme for Overseas Doctors at the University Hospital of North Tees, it was obvious that having an open and supportive culture in the hospital was key to its success.

They were also given access to a trust doctor tutor who monitored their progress, provided career advice and gave additional support when required

POD itself provided both training and ongoing support (buddying) to overseas doctors starting practice. Individual needs were assessed – but this alone was not enough to fully ensure a successful transition. Doctors also received support from highly engaged supervisors and colleagues on the wards.

As the profile of POD was raised and it became more established within the organisation, supporting overseas doctors in this way became the norm. Trust doctors also attended POD as a mandatory requirement and were given the same level of clinical support as those in training posts.

They were also given access to a trust doctor tutor who monitored their progress, provided career advice and gave additional support when required. As a result, performance, satisfaction, retention and career progression was high for all overseas doctors in the hospital. Incident rates for overseas doctors were actually better than UK graduates within the hospital.

POD is now recognised nationally as an example of good practice. Evaluation findings have been used to develop other interventions regionally, nationally and internationally. With workload pressures increasing, it is more important than ever to safeguard such educational activities.

Trainers in many hospitals currently feel that they do not have adequate time in their job to fulfil such educational roles and therefore patient safety issues are a concern. The time and effort invested in this support for overseas doctors is a necessity and successful outcomes will be evident if adequate support, alongside necessary interventions, is in place.

Support is evidently lacking, despite best efforts from regional bodies and the General Medical Council. The GMC runs regular half day “Welcome to UK practice” events that improve awareness and understanding of good medical practice among doctors new to practice in the UK. While this is the first step to helping them to practice safely, trust-level support also needs to be in place to facilitate a successful transition.

Durham University PhD student Amelia Kehoe has been researching how the NHS supports doctors new to the UK, comparing North Tees and Hartlepool FT’s Programme for Overseas Doctors, through which the General Medical Council delivers its Welcome to UK Practice session, with trusts where no such programme or a very limited induction is offered. Her work has now led to more trusts in the North East adopting this approach with GMC support.