NHS staff need a sense of psychological safety in order to overcome the fear to question, take risks and fail, says Richard Taunt 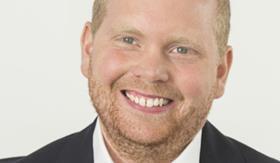 In a complex world, “why?” or “what?” are great questions to ask. With good cause they’re constantly on the lips of my two daughters (four and two); there seems to be little rhyme or reason as to why some things are the way they are (just why is water wet Dad?).

The complexity of things

If you work in healthcare, you’ll be well used to working with complexity. The business of illness is vast: the International Classification of Diseases contains over 68,000 different coding states for diseases; an average National Institute for Health and Care Excellence clinical guideline will draw on over 200 academic papers.

And this is before we add in healthcare’s plethora of acronyms each hiding an extra layer of mystery.

How often have you sat in meetings without the foggiest idea about what anyone is talking about, but not said anything?

To pretend that anyone can know even a fraction of what there is to know in modern healthcare is nonsense. Yet how often have you sat in meetings without the foggiest idea about what anyone is talking about, but not said anything?

And why not? If you’re anything like me, it will be in part driven by fear: fear of looking stupid, of everyone else looking at you incredulously for not knowing something basic, of being marginalised as someone who simply doesn’t get it.

Such fear is a basic human emotion, tightly woven into our culture that expressing vulnerability is to show weakness. We only need to look at our politicians as an example of how to do everything in your power to avoid ever admitting you’re wrong.

However, equal to the level of fear it can inspire, is the amount of evidence as to how important the ability to question, to take risks, to fail can be in speeding up how we learn and improve.

It was acknowledged 35 years ago by one of the gurus of improvement, W Edwards Deming, that: “many employees are afraid to ask questions or to take a position, even when they do not understand what the job is or what is right or wrong. People will continue to do things the wrong way, or not to do them at all.”

It’s a theme which has been picked up by Google. In trying to unpick the secret of their most effective teams, Google pored through data looking at everything from the amount of time colleagues socialised outside work, to gender balance, yet all to no success.

What they eventually realised was that it was the concept of “psychological safety” – a shared belief that a team is safe for interpersonal risk taking – that marked out their highest performing teams, and that this was more important to success than even a team having clear goals.

So far, so theoretically appealing, but what can it mean for the NHS in 2016?

Can policymakers or leaders genuinely role-model the behaviour they want to see in others and help establish the bonds of trust which can then pass throughout the NHS?

First, is to realise that the NHS is in dire need of effective teams which can fail fast and improve quickly – whether on a ward, or in a room full of local leaders trying to bash out their sustainability and transformation plan. The most worrying recent performance statistic in the English NHS is not lengthening A&E waits, but decreasing productivity in acute hospitals (where most NHS cash is spent) for three years on the trot.

While productivity figures in healthcare are imperfect, it’s as close an insight as we’re able to get as to the NHS’ rate of learning and improvement – exactly what psychological safety is so pivotal to achieve.

Second, if Jeremy Hunt was to decide today that promoting psychological safety was to be his number one priority, it’s not overwhelmingly obvious what this would mean.

From my experience of a decade working in government, ministers like to open new buildings, announce new pots of money, or lead a ”crackdown” on a particular abuse. It’s somewhat harder to sculpt a press release around subtly influencing the interactions of NHS staff.

Google faced a similar dilemma. Having realised psychological safety was so important, they wondered how you “spread” it to the unsafe. Their second revelation was the close connection between relationships of safety at work, with individuals dropping the façade that we all put on when we step through our employer’s door (often physically associated with how we dress).

The future of the NHS lies not in pretending we have all the answers, but in the openness of proclaiming that we do not

To create psychological safety meant allowing staff to bring their whole self into work, to behave in short, more like emotional humans than employee automatons.

As such, if policymakers or leaders, be they in a provider board room or sitting around Jeremy Hunt’s table, want to promote psychological safety, it starts not with a corporate plan or an announcement, but with themselves as individuals. Can they genuinely role-model the behaviour they want to see in others and help establish the bonds of trust which can then pass throughout the NHS?

Let’s not think this is easy. Even now I can imagine such phrases as “political suicide” being reached for, but let’s not neglect the size of the prize either. The future of the NHS lies not in pretending we have all the answers, but in the openness of proclaiming that we do not.