Review of the year: HSJ's most read stories of 2017

3
Review of the year: Best of the 2017 awards and power lists
Awards

Review of the year: Best of the 2017 awards and power lists

Over Christmas and new year, we are bringing you a round-up of some of HSJ’s highlights from 2017. Today we look at the HSJ award programmes and our lists of the most influential people in the English health sector.

This year marked 36 years of the HSJ Awards, where healthcare excellence and the finest achievements in the NHS are celebrated and showcased to some of the service’s most influential leaders. With 23 categories represented, the awards reflected the full spectrum of the NHS’s services and challenges. 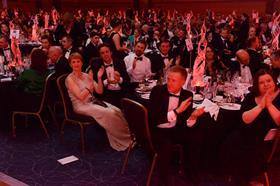 HSJ editor Alastair McLellan said: “With the NHS experiencing a tough time as funding fails to keep up with demand, the HSJ Awards are once again the best reminder of the excellence the service is capable of. Taken together the entries to the HSJ Awards represent work which, directly or indirectly, has saved thousands of lives and enhanced many times that number.”

The winners of the 2017 HSJ Awards, in partnership with de Poel health+care, were announced at a ceremony on 22 November at the Intercontinental O2, London, where more 1,500 attendees gathered.

The winner of the Chief Executive of the Year category was Tom Cahill of Hertfordshire Partnership University Foundation Trust. He was praised by judges as an authentic and inspirational leader who puts service users at the centre of his organisation’s work.

Provider Trust of the Year was awarded to the mental health organisation Northumberland, Tyne and Wear Foundation Trust who had also received a rating of “Outstanding” from the Care Quality Commission.

The prestigious Patient Safety Awards were held in Manchester in July 2017. The awards are the UK’s leading health event dedicated to celebrating best practice and sharing knowledge to improve safety across all care providers. The awards recognise and reward outstanding practice in the NHS and independent healthcare organisations. In 2017, 10 new categories were introduced including Best Patient Safety Initiative in A&E, Patient Safety in Maternity and Midwifery Services and Best Patient Safety Improvement Team.

Twenty organisations were honoured in our annual celebration of inspirational best practice in the awards’ eighth and biggest year to date. Comedian Jo Caulfield joined HSJ editor Alastair McLellan at London’s Grosvenor House to announce the winners. Mr McLellan confirmed there were more than 400 entries submitted for the awards: “The number and quality of entries to this year’s Value in Healthcare Awards are the most impressive to date.” 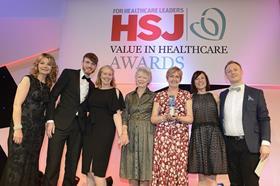 All shortlisted and winning entries have been added to HSJ Solutions, the largest collection of validated best practice available to the NHS. 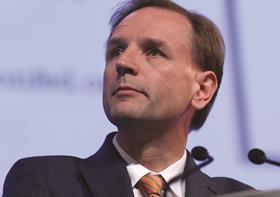 The HSJ100 is our annual list of the most powerful people in the English NHS and health policy. The chief executive of NHS England, Simon Stevens, topped the 2017 list of the most influential people in health followed by the health secretary Jeremy Hunt.

In HSJ’s fourth year of ranking of the preeminent leaders of NHS trusts, Sir Andrew Morris of Frimley Health FT topped the list. Meanwhile, Marianne Griffiths of Western Sussex Hospitals FT was a new entry who jumped straight into the top 50 in the third spot. 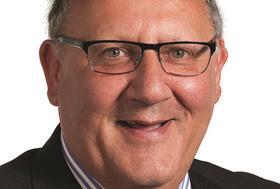 Analysing the results by region reveals that the North takes the lead with 19 chief executives in the top 50. The Midlands and East region follows with 15 leaders, while London and Southern regions were represented by eight leaders each.

The full list of The NHS’s top chief executives in 2017 along with the regional map can be viewed here.

Review of the year: HSJ's most read stories of 2017