In this article, the third in our series looking at performance, we explore one foundation trust’s plan to deliver the four hour accident and emergency target for the first time in three years. Ingrid Torjesen reports 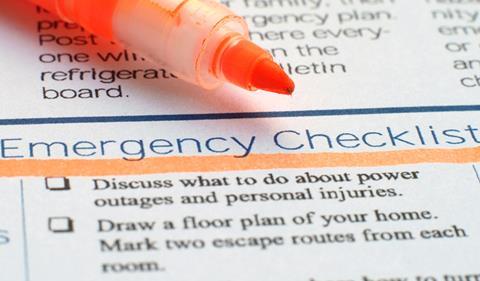 In the final of our case studies focused on performance targets, we look at Peterborough and Stamford Hospitals FT.

For the last nine months the trust has been working with other health and social care agencies on a performance turnaround programme. Length of stay is now the lowest it has been for three years, and in May the trust delivered the four hour A&E target for the first time in around three years.

But Neil Doverty, chief operating officer for the FT, says: “We, like many acute hospitals, are very concerned about the steep rise in emergency admissions across the board that is continuing unabated.

“For example, last week compared to this week last year, our emergency admissions were up 15 per cent.”

To try and take the pressure off beds, the trust is developing emergency ambulatory medicine. Some patients are diverted into a different unit where they are seen quickly by senior doctors and nurses, and referred to other specialists and diagnostics if needed, in order to diagnose their problem and provide the care they need quickly so they can get them back home the same day.

The trust funded the steps itself initially to demonstrate that it would take pressure off medical beds, improve patient flow, and ultimately reduce the fines for breaching the A&E four hour target. It then negotiated a local tariff, which is around a third of the cost of admitting the patient.

It keeps hospital beds free, saves the clinical commissioning group money because they avoid an admission tariff, and it is better for the patients, Mr Doverty says. “GPs love it because they know that they can send patients to the hospital and they can get processed really, really fast.”

Meanwhile, a lot of effort has been put into joint working, which is often not costly to implement, but does take a bit of working through and multiagency support, emphasises Mr Doverty.

The trust has also worked closely with the ambulance trust and CCG colleagues to reduce the conveyance rate to hospital. GPs now listen in on ambulance calls to identify cases, which can be directed to alternative destinations to A&E, such as GP out of hours or a minor injuries unit.

But the most important thing that the trust has done, in Mr Doverty’s view, is to implement Creating Capacity or Breaking the Cycle.

“It’s a simple idea really. It’s all about getting health and social care agencies to work together over an intensive one or two week period so we can all look at how we can change the way we work to improve patient flow,” he says.

Staff question working practices and look at how to reduce delays in care pathways, which may relate to other specialties, transport or family care and then problem solving.

An integrated discharge team has also been created, bringing in staff from several agencies under the direction of a lead nurse. Last winter the CCG invested a lot of money in discharge to assess beds, where patients considered medically fit are discharged to a care home.

‘Patients considered medically fit are discharged to a care home’

It is cheaper for the CCG and patients benefit because they are less likely to get infections or fall over, and some regain a degree of independence, Mr Doverty says. “What it requires is really good work with social services to make sure that people are moving through those beds in a timely way, so maybe a two-week stay is the maximum.”

The CCG has also commissioned an outcomes based contract for over-65s and patients with lifelong conditions from Uniting Care, a partnership between Cambridgeshire and Peterborough FT and Cambridge University Hospitals FT. The contract incentivises providers to prevent admissions and keep the stay of patients admitted as short as possible.

A similar amount of funding to last year is available for performance schemes, Mr Doverty says. In terms of the winter pressures money, the agencies in the system resilience group have reviewed last year’s and considered new ideas for the new tranche of money, awarded in April.

Making the money available earlier is “really wise decision making”, he says. “We’ve now got some decent time to plan and make sure that we don’t waste all that NHS money on high cost locums and agency staff in December.

“We can actually get some decent schemes worked up, we can have proper business cases and we can agree together what the biggest return on that investment is likely to be, and then we can use NHS staff at normal pay rates to do the job.”

For the coming year there will be more joint working, consolidation of small separate teams, and the creation of joint posts across acute and community in areas such as physiotherapy and occupational therapy.

Mr Doverty’s major worry is the rising emergency admissions rate, which is 6-7 per cent up on the previous year, despite the schemes. Much of it results from the lack of seven day support across primary care and community services, he believes.

So what can be done? “There’s a lot more that we need to develop across the whole of the seven day period,” he says, and more needs to be done in public health.

“I would like much more attention focused on public health and wellbeing initiatives, such as self-care and self-management. It’s common sense that you should have enough food and drink in the house for a weekend and enough medications to last you over a holiday,” says Mr Doverty.