One of the country’s largest teaching trusts is failing to comply with a judgement following a court case it lost in 2014, which set a precedent for the rights for patients receiving end of life care.

The Care Quality Commission has issued Cambridge University Hospitals Foundation Trust with two requirement notices after inspectors last year found half of the “do not attempt resuscitation” forms they examined were not completed correctly. 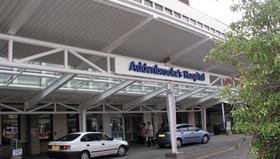 The trust lost a Court of Appeal case in 2014

They also found a lack of evidence that staff were discussing end of life care with patients – an issue that formed the basis for legal action against the trust in 2014 by the family of Janet Tracey.

In 2014, the family took their case against CUH to the Court of Appeal, which ruled it was a breach of her human rights for a doctor to put DNAR form in place without speaking to Ms Tracey first. This set a legal precedent for patients to be consulted about decisions involving CPR.

During its inspections last September the CQC also found a lack of evidence that patients’ mental capacity was being properly assessed before making end of life care decisions.

The CQC rated the trust as good overall and it came out of special measures last week.

In the report for the trust’s Addenbrooke’s Hospital, the CQC said 10 of the 20 DNAR forms it saw were completed incorrectly.

It said: “These included lack of mental capacity assessments for those patients deemed to lack capacity, lack of information regarding the discussions held with patients and/or their families and not discussing the DNACPR with the patient, even though it stated they had capacity.”

The requirement notices need the trust to ensure robust monitoring of end of life care through local audit; and to make sure in complies with the Mental Capacity Act 2005.

The CQC rated the trust’s end of life care as good overall, with the standard of caring rated outstanding and it said staff went the extra mile to fulfil patient wishes.

Ms Tracey’s daughter, Kate Masters, said: “Addenbrooke’s hospital should be acutely aware of the implications of not following their own DNACPR policy, national guidance and legislation, more than any other hospital.

“It feels like a slight on my mum’s memory. They have never apologised to my dad or the wider family and this CQC finding indicates to me that they appear to be continuing with the stance they held throughout the court case that they did nothing wrong. In my opinion, Addenbrooke’s has learned nothing.”

She added that the DNAR form currently used by the trust formed the basis of a new national form due to be rolled out nationally. Concerns have been raised that the design of the new form could lead to families being excluded from end of life care decisions.

A CUH spokeswoman said the trust took the issue seriously and claimed to have improved the way families were involved.

She said the trust no longer used standalone forms but instead used a “comprehensive” electronic record for all treatments.

She added: “The CQC have identified areas for further improvement with our electronic DNACPR forms and we are continuing to work on this. In our most recent audit into resuscitation decisions, 99 per cent of the electronic forms had been fully discussed with patients or their carers.

“In addition, since our inspection we have developed an end of life care strategy which builds on the very important relationship with our patients and their families at this time.”