2
Why change must come from the bottom up
Change Challenge

Why change must come from the bottom up

It is a universally acknowledged truth that change can only be driven through the collaboration and engagement of NHS staff and patients, writes Nosmot Gbadamosi 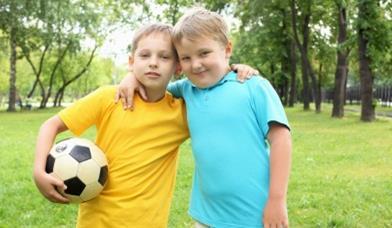 The NHS has often been accused of fire fighting rather than any strategic long term planning. Successful organisations in other sectors, for example Apple, have learnt to change fast and adapt quickly according to their clients’ behaviours.

Success in any sector, whether technology or health, depends on its ability to change in the right way and in accordance with its environment.

The trigger for change and innovation within the NHS has often been crisis driven, leading to short term strategies which fail to see the bigger picture or maintain adequate commitment from frontline staff.

What struck us when we launched the Change Challenge was the sense of dissatisfaction among staff on not having a real stake in the future of their organisations and how it adapts.

While some of these frustrations can be attributed to external political influences, many felt the majority was:

Change programmes have been and gone within the NHS, many of which were implemented without adequate input from service level workers or patients.

Based on 2014’s NHS staff survey, less than a third of NHS staff feel senior managers act on feedback. Just 41 per cent of all staff felt that their trust valued their work.

The NHS faces many challenges. There is a large funding and efficiency gap, rising co-morbidities, rises in accident and emergency attendances and admissions, higher GP consultation rates, coupled with a lack of investment in primary care.

Efforts to combat these pressures frequently result in greater bureaucracy and disenfranchised staff rather than fewer.

A recent paper by NHS Improving Quality highlighted that many of the levers for change in our current world of health and care are transactional such as performance agreements, contracts, compliance and inspection regimes.

These are important given the NHS’s efficiency challenge, but they cannot be the only levers.

“In the emerging world, change is increasingly about commitment to a common cause, built on a foundation of relationships,” the whitepaper said.

‘Contributions repeatedly drew on decades of silo-ism within the NHS’

Throughout the Change Challenge, contributions from the public repeatedly drew on decades of silo-ism within the NHS, pointing to a need for greater collaboration and networked efforts.

Going back to Apple, its chief executive Tim Cook once said: “In order for us to be incredibly successful we have to be the best collaborators in the world.”

In this regard, he affirms the company “changes every day”.

It is now a universally acknowledged truth that change can only be driven through the collaboration and engagement of NHS staff and patients.

The NHS Five Year Forward View observes that “we can design innovative new care models, but they simply won’t become a reality unless we have a workforce with the right numbers, skills, values and behaviours to deliver it”.

“Creative thinking and collaboration can be encouraged and rewarded, or in many formal and subtle ways discouraged,” warns US entrepreneur Faisal Hoque. “It’s the leader’s job to get it right”.

Top-down authoritative change is necessary in such a large organisation as the NHS but its success depends on it being driven from the bottom up.