Reflections on care on the stroke ward

With a friend admitted to hospital following a stroke Noel Plumridge is tracking the quality of care he receives. He says the ward at night is proving particularly troubling

On day six in the stroke ward, S is agitated. Something is wrong. 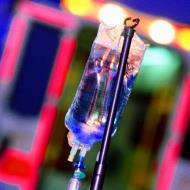 S and his free-standing drip are inseparable

Eventually the story comes out. In the middle of the night, S needed the toilet and headed down the corridor to find it. He moves slowly and awkwardly, for where S goes, his drip goes too. For the present, S and his free-standing drip are inseparable. On good days he’ll waltz it around the ward during visiting times, lilting Me and My Shadow.

But one of the night nurses had been short with him; indeed had shouted at him. Back at his bay, a nurse had pointed to the bed and said, curtly, “That’s where I want to see you.”

S is upset. He’s independent by nature, but here he’s feeling vulnerable and is unused to rudeness.

When we see the ward sister later that afternoon, she says she’ll investigate. But when she also observes that S has been “confused” at night, alarm bells start to ring.

For people with a mental health background know that “confused” can be a convenient generic justification for… well, almost anything. And S seems no more “confused” than you or I would be after six days sleeping badly in an alien environment. So why the easy diagnosis? I begin to wonder what goes on at night on the stroke ward: how “caring” its nursing culture actually is.

The following day we again ask sister about her investigation. She says she’ll advise us of the outcome. We also ask the stroke consultant, with some trepidation, about S’s “confusion”. Are they gently breaking bad news about an altered mental state? We ask what cognitive tests they have made, how S fared.

As we suspected, there have been no cognitive tests.

We leave, wondering how they’ll advise us about the investigation. So far as we know, they don’t have our email addresses or phone numbers.

Reflections on care on the stroke ward