Give local solutions a chance to improve care 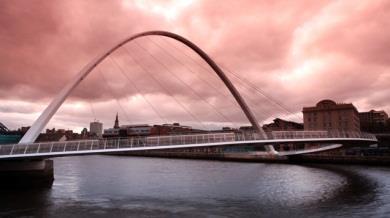 The NETS initative aimed to improve the health of 2.6 million people in North East

Transformational change in the NHS is essential if current demographic and economic challenges are to be met. But the term invites a lot of rhetoric and loose thinking, with many of the initiatives devised to deliver it either piecemeal or narrowly focused on particular components of healthcare delivery.

A whole systems approach has been lacking – of the type which informed a bold and ambitious initiative launched in the North East in 2007.

‘Although the NHS in the North East performs well measured against national targets, the health of its population remains among the worst in the UK’

The North East Transformation System (NETS) was a programme that aimed to adopt improvement science principles across a whole health community covering a population of 2.6 million. A team of researchers from Durham and Newcastle universities has just completed a three-and-a-half year evaluation of the NETS funded by the National Institute for Health Research.

The evaluation took place over the period in the run-up to the July 2010 NHS White Paper, when support for the NETS was nearing its peak, and then in the aftermath when the NHS in England was subjected to considerable upheaval. During this time some of the individual NHS organisations made significant progress but much of the drive and leadership behind the pan-regional approach evaporated.

Although the NHS in the North East performs well measured against national targets, the health of its population remains among the worst in the UK. This spurred the former strategic health authority (NHS North East) to action, led by its chair, chief executive and medical director.

The inspiration for the NETS came from the Virginia Mason Medical Centre in Seattle, which developed the Virginia Mason production system, a version of the Toyota production system adapted for healthcare. The SHA’s mission was to apply such an approach on a scale unprecedented in England throughout the whole regional health system, including commissioners and providers, and local authority social services.

In keeping with Toyota’s principles, the NETS was intended to be a never ending journey. Striving for improved quality and reduced waste are continuous processes. Both require long term commitment from staff at all levels and a degree of organisational stability not evident in today’s NHS. The evaluation of the NETS therefore contains important lessons for future large-scale change initiatives.

The system comprised three components – vision, compact and method – known collectively as “the three legged stoo”l. The vision was to achieve excellence in healthcare services and to embed and sustain continuous improvement. It was to be achieved by a zero tolerance approach underpinned by the “7 No’s”.  All NHS organisations were encouraged to create their own visions, aligned with the region’s, but adapted to their local circumstances to avoid the charge of top-down imposition.

The compact sought to address the deep seated and enduring tensions which continue to prevail between managerial and professional values. These go to the heart of the findings from the Francis inquiry, the Keogh review of hospitals with higher than expected mortality, and the Berwick review on patient safety and culture change.

The compact involves renegotiating the psychological contract between managers and healthcare professionals with each group clearly articulating the “gives” and the “gets”. Progress with the compact proved to be especially challenging though not without some success. But it needed greater organisational stability to maintain its trajectory which proved to be in short supply following the July 2010 white paper.

The method was often considered the least important leg of the stool. Most healthcare organisations are familiar with various tools derived from “Lean” principles. Having a method was of greater value than its precise content. The NETS assumed the use of one or more Lean-based methods in each organisation, but getting the vision and compact adopted was viewed as the real prize.

Undertaking transformational change in a complex system takes time and demands consistency, constancy of purpose and organisational stability.  For decades, the NHS has undergone constant change with regard to policy, organisation, funding and the external environment. This churn creates particular challenges when it comes to sustaining and embedding transformational change.

Predictably, the NETS was seriously disrupted by the NHS reforms. Evaluating a complex system poses its own challenges and makes it difficult to arrive at final conclusions about the impact of any change programme on services or the public’s health. Even where evidence exists of change and improvement, attributing this solely to the NETS requires caution and some humility. Nevertheless, we can be reasonably confident that the NETS had a demonstrable positive impact in several of the study sites. Elsewhere, progress was slowed, seriously disrupted or halted at least in part by the NHS upheaval.

Leadership style proved to be especially important to the success of the NETS. The sites making most progress all had clear, visible and relatively stable leadership. Even so, the commitment to embedding deep cultural change proved challenging and fragile. None of the sites could match what had been achieved by the Virginia Mason Medical Centre operating in a relatively stable environment.

The NETS was a bold and ambitious initiative that sought to drive change at scale across an entire health system. It required confidence, drive and commitment at an intermediate level which no longer exists in the English NHS. During its short life in this phase of its existence, the NETS did contribute to bringing about real and lasting change in some parts of the health system in the North East which might otherwise not have happened.

We will never know if the NETS could have achieved much more since it was unable fully to realise its pan-regional vision and purpose. A sobering conclusion from the significant volume of evidence now accumulating about how to manage large scale change is how little heed is paid to this evidence. Perhaps the secretary of state’s speech on patient safety delivered at the Virginia Mason Medical Center last month heralds a new approach in future.

David Hunter is professor of health policy and management, and Jonathan Erskine is a research associate at the Centre for Public Policy and Health, Durham University; Chris Hicks is professor of operations management, Tom McGovern is senior lecturer, Adrian Small is research associate, and Edward Lugsden is a lecturer at Newcastle University Business School; Martin Eccles is emeritus professor of clinical effectiveness and Nick Steen is principal research associate at the Institute of Health and Society, Newcastle University; Paula Whitty is director of research, innovation and clinical effectiveness, Northumberland, Tyne and Wear Foundation Trust