Giving the people what they don't want 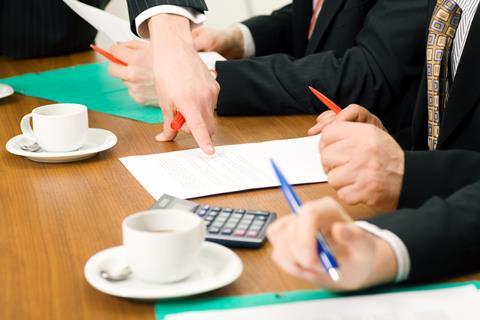 Having spent my whole career as an NHS watcher, researcher, management consultant, I have seen less of it at first-hand recently, tending to work predominantly with the pharma and charitable sectors.

Having spotted that the local clinical commissioning group governing body was meeting in my neighbourhood, I thought I would go along and observe as a member of the public. It made several big impressions.

The meeting carried on with no real concessions to the three members of the public in attendance. Acronyms were bandied about as Ken reported that Dave was looking into something with Kate able to report on some of it today – no mention of roles, surnames, and so many of them that I was left wondering if even all those on the governing body knew who Dave was and what he does.

Certainly, the public could have no idea. Similarly, changes from GP practices to GP networks will mystify most of the public who think that GPs are all employees of the state.

The governing body seemed to have an equal balance of men and women but also appeared to be completely white. While this may not be accurate, the absence of black people and the apparent absence of those from other ethnic minorities was striking. There were several Europeans though.

There was no shortage of “paperwork”, with over 130 pages available online. What came through here was the difficulty the NHS has in finding a summary way of presenting its plans and performance.

I imagine that most of those attending a similar meeting of a private sector company would be focused primarily on the bottom line, the share price, profits and dividends.

Major investments and shifts in strategy would also be important but I doubt that there would be discussion or reporting of a large number of different lines of production or sales.

There was no shortage of “paperwork”, with over 130 pages available online. What came through here was the difficulty the NHS has in finding a summary way of presenting its plans and performance

In contrast, the NHS delivers a wide range of services that cannot easily be brought together in a single measure. Detail on outpatients, IAPT or waiting lists has to be considered if performance is to be measured but measuring so many lines is so difficult that the impression is that very little time is spent managing each one.

Only money can be easily presented in numbers and aggregated across services. But money shows difficulties, reduced spending, deficits in a way that is not likely to impress the public.

And as the CCG does not directly deliver the services under discussion, there was no direct reporting of the crucial staffing of the local NHS and the potential problems it can cause, though there was some discussion of how to fix local shortages.

Reducing use of NHS services

Most noticeable of all, though, was the amount of the discussion, in a body responsible for a service to consumers – patients – about how to give the consumers what they do not want. The whole thrust of large parts of the meeting was on how to steer patients away from doctors, away from accident and emergency, away from outpatients.

Now, as a health economist, I fully understand the reasons behind trying to improve the efficiency of the NHS by reducing the use of services by patients who do not need all the resources or skills that they offer. But this is clearly not what the public want.

In a system where patients generate at least some new income for the providers, giving the patients what they want might be more attractive.

When money is tight, and when consumers just consume and do not contribute, the NHS simply cannot afford to give people what they want but the scale of the shift in the use of services, planned by the CCG, looked massive from the public gallery.

The whole thrust of large parts of the meeting was on how to steer patients away from doctors, away from accident and emergency, away from outpatients

NHS patients are not all stupid or irrational though, as someone who simply copes with minor illness, I am often surprised how much time people are prepared to spend, waiting for a service that is probably not going to help them. But the key word here is “probably”.

Much of the “misuse” of NHS services is only clear after the consultation. A patient thinking about seeing a doctor, a nurse or a pharmacist might rightly conclude that if they see the doctor, they might get what they need whereas if they see other workers, they might just get a referral on to a doctor.

Why not get it sorted in one consultation? The patients cannot decide easily whom they need to see, even if in practice they do not need a consultation at all, and so going directly to a doctor makes the most sense to them.

At the same time as planning a big shift in who the patients get their help from, the CCG is introducing a number of developments that might actually have the opposite effect to their plans, making it easier to access a doctor.

Online systems such as Doctor Link, being rolled out locally, include triage software which could reduce demand but there is evidence that people find it easy to lie online.

Honest answers that lead the app to conclude you do not need to see a doctor can be changed in seconds to a decision that you need an urgent consultation.

The future availability of video consultations will also be likely to lead to an increase in demand, simply because the time needed to see the doctor would be cut to seconds, rather than minutes or hours of travel and waiting.

The CCG overall seemed to be well-run, clearly focused and with good working relations around the table. Its business would be almost certainly opaque to a member of the public attending for the first time.

Its lack of focus on the workforce – not a single number showing the actual or proposed workforce of different types – seemed like a big gap. But the biggest disconnect was in the direction of service development.

The NHS is committed to giving patients what they don’t want. Getting them to want it is likely to prove very challenging and, if they are not convinced, the services they want will be under even more pressure.

Dr Peter WestDr Peter West is a health economist and health services researcher and a freelance consultant to pharmaceutical firms and NHS bodies. He has had two terms as a non-executive director of NHS trusts and authored three books and many research papers and reports on health services’ economics and policy.