In his account of group dynamics at the summit, facilitator Phil Swann reflects on how behaviour and perceptions can have a real impact on the effectiveness of a board 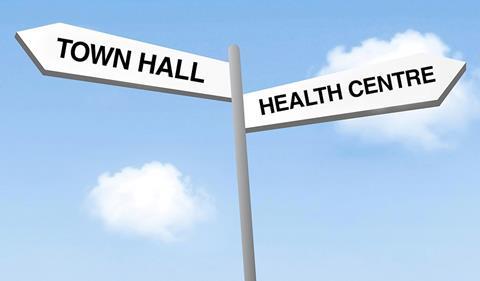 It is generally accepted that one of the successes of health and wellbeing boards has been the quality of the relationships that have been formed between the people who serve on them.

The challenge they now face is to build on the levels of trust they have established.

They must do this to have the difficult conversations that are needed if they are to truly drive action to improve health and wellbeing and lead the integration of health and social care services.

The much criticised better care fund process has highlighted the question of the relationship – or lack of one – between the boards and health providers, particularly when they are not directly represented on the board.

All these issues and the dynamics that underpin them were explored during the first HSJ/Local Government Chronicle Integration Summit and in particular in the inter-group event, which formed its core.

In this exercise participants were asked to work in groups with their peers – including councillors, people from clinical commissioning groups, public health officers, council officers, Healthwatch and a handful of providers.

Other coverage of the summit

Through working with their counterparts and interacting with other groups, attendees’ task was to identify ways in which they and the other groups could enable HWBs to function more effectively. The event concluded with an opportunity to reflect on the process.

NHS providers have been criticised for their lack of engagement with boards. But the proactive approach of those who attended, engaging actively with many of the other groups, was also indicative of something. They were actively selling themselves.

Two closed doors were seen by many participants to be significant: the doors to the rooms in which the CCG representatives and councillors were working.

Disturbance caused by people in the corridor was the reason the commissioners gave for their door being closed throughout the event. They had stuff they wanted to get on with. This, the chief executive of a CCG agreed, was similar to the real world, in which they have things they must do, before they think about being “open to” collaboration with others.

The door to the room the councillors were working in was only closed for part of the event, but only one councillor visited another group. Their lack of movement they attributed to the fact that they were having an interesting conversation and that lots of people visited them. Does that have any resonance with partner organisations seeking engagement with political leaders?

The group that got out the most was the one which comprised people from Healthwatch and the voluntary sector. They launched with a programme of visits pretty much immediately and at one stage had nobody left in their room to receive visitors. Their organisation had vanished!

In this event the groups were not allocated rooms: they had to find one. Some participants resisted this, demanding firmer facilitation. But does this uncertainty about finding one’s place mirror the confusion facing a new member of a HWB?

Participants were surprised by the reception they received when they visited another group. Some were ignored completely; others were made to wait for some time before they were talked to. Some were robustly – rudely? – challenged.

This takes us back to the beginning and the need for board members to start to have those difficult conversations.

For me the event was a timely reminder that behaviour and perceptions can have a real impact on the effectiveness of a board. These issues can be explored in exercises such as this, but they also require attention in individual boards.

Phil Swann is managing director of Shared Intelligence. He facilitated the Integration Summit