Is the government doing enough?

The NHS appears to be coping amid the tight financial squeeze but the best leaders will be needed to cope with the next stage, says Anna Dixon 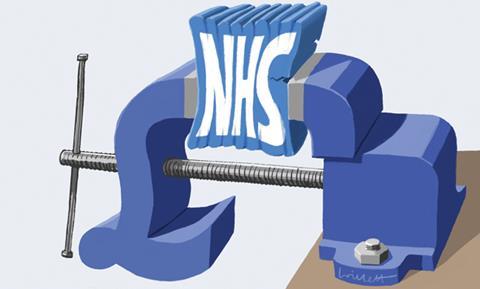 Is the government doing enough?

Despite significant financial pressures and disruption from recent reforms, the NHS is holding up in most areas, so credit must go to those managing the system. But cracks are emerging, with longer waiting times in accident and emergency and an increasing number of providers reporting financial difficulties.

Ahead of the last general election, the King’s Fund undertook a major review of the performance of the NHS under Labour. We have updated this analysis in a new report, Health Policy Under the Coalition Government: a mid-term assessment. This assesses how the NHS is performing in eight areas - access, patient safety, health promotion, managing long-term conditions, clinical effectiveness, patient experience, equity, and efficiency - and reviews the coalition’s approach to policy halfway through its term in office.

Many of the challenges we identified in our previous report persist. Two and a half years on, patients are reporting progress in some aspects of care, including improvements in access, although concerns remain about the relational aspects of care, such as emotional support, dignity and empathy, particularly in hospitals.

As the new health secretary has highlighted, although mortality from the big killers - cancer and cardiovascular disease - has fallen, the UK still has higher levels of avoidable mortality than other countries. Smoking rates are falling and rising trends in childhood obesity are stabilising, but alcohol-related harm and adult obesity continue to rise.

And increases in emergency admissions among those with long-term conditions and emergency bed use among the over 65s suggests the NHS is still not doing enough to support these people to remain well at home and cared for in the community.

So what has the government done to try to improve the performance of the NHS?

In a number of areas, the coalition has carried on with policies introduced by the previous government, for example expanding financial incentives to improve quality such as best practice tariffs, Commissioning for Quality and Innovation (CQUIN) and withholding payments for “never events”. The mandate confirmed that patient experience has now rightly taken its place alongside safety and clinical effectiveness as a key aspect of quality of care.

It is also positive that the government has committed to all but one of the Marmot Review’s recommendations to tackle health inequalities, allaying the fears that this could end up as another Black report. More broadly, there has been a clear shift to focus on outcomes and a commitment to greater transparency of data to drive improvement.

This is set to continue until at least 2016. The one area where performance management is being removed entirely is public health and health inequalities, with responsibility transferring to local government.

Looking ahead, the NHS is entering a period of significant risk that may jeopardise the progress made over the past decade. It is still only 18 months into what is likely be a decade of austerity. While prudent financial management and a pay freeze have helped limit the impact of the squeeze up to now, this does not represent a long-term approach to delivering sustained efficiency savings.

Meanwhile, as HSJ has reported, nearly £3bn has been returned to the Treasury over the past two years, appearing to undermine the principle that quality, innovation, productivity and prevention savings should be reinvested in improving care.

It is too early to assess the impact of government policies introduced in the past two and half years. The organisations introduced by the Health and Social Care Act will take time to bed down, and we may not know their full effect even by the end of the parliament.

What is clear, however, is that the improvements in performance of the past decade will be extremely hard to sustain. It will require the focused attention of the system’s most experienced leaders - wherever they may be - to ensure that performance does not slip back.

Anna Dixon is director of policy at the King’s Fund