Let's find the political will to integrate care

The NHS should bring together social care, primary, community and acute NHS services into one organisation, with a single budget for purchase and provision, says Henry Featherstone 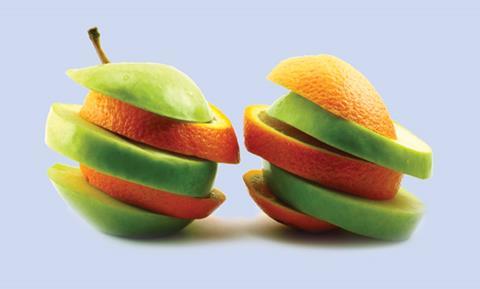 As the Health and Social Care Bill went through Parliament, "fragmentation" and "integration" entered the political lexicon

As the Health and Social Care Bill marched through Parliament, overcoming all resistance, two new words entered the political lexicon: “fragmentation” to describe some problems facing the NHS, and “integration” as a possible solution.

But now that we have a new ministerial team at Richmond House, what might all the political and policy discussion about integration actually involve?

Over the last 20 years, successive governments have divided the NHS into smaller, ever more manageable pieces. Multiple organisations have been created, each with their own legal identity, culture, behaviours and incentives. Some competition and private provision have been injected to help drive up productivity and service innovation.

But illness does not always disaggregate along the fragments which have been created − primary, community, secondary − and hospital admissions for older vulnerable people frequently cross the artificial division between health and social care.

In the UK, the most controversial theme is the use of capitated payment systems to cover primary and secondary care

The result is that the NHS admits far too many frail elderly people with social care needs; and an increasing number of patients with long-term conditions end up in hospital because of ineffective management in primary and community care.

In recent years, the political response has been to further disaggregate the NHS into more tariffs and tenders, instead of learning from how other countries focus on integrating care.

In parts of the US, there are examples where systems of integrated care are improving outcomes for patients at reduced cost. Kaiser Permanente is the best known system of integrated care and it has been compared and contrasted to the NHS for many years. Some of Kaiser’s behaviours have been imitated in the UK, but the political preference for NHS reorganisation has dominated.

The consensus is that the Kaiser model has considerably fewer admissions and shorter lengths of hospital stay than the NHS. Other examples of integrated care with similarly impressive performance are Geisinger in Pennsylvania and the “Alzira model” of healthcare in Valencia, Spain. Typically, these integrated healthcare systems share a number of common themes.

From the UK perspective, the most controversial theme is the use of capitated payment systems to cover primary and secondary care, which in turn encourage substantial investment in preventive medicine.

Admissions to hospital in parts of the US and Spain are rightly considered system failures, as there are no additional payments for patients who require expensive healthcare due to poor health. Translating this to the NHS would need political will to recognise and then address some of the problems created by dividing the planning, purchase and provision of healthcare.

The NHS should undertake a number of full-scale NHS integrated care organisation pilots bringing together social care, primary, community and acute NHS services into one organisation, with a single budget for purchase and provision of healthcare services.

The trick in integrated care organisations is to have generalists (GPs) and specialists (consultants) working together through agreed protocols and delivering multidisciplinary care for patients. For the NHS, this means overhauling the quality and outcomes framework and the clinical excellence awards scheme to incentivise GPs and consultants to work together, often outside hospitals.

Another theme is the part IT plays in successful integrated care organisations. There are two main lessons for the NHS. First, focus on connecting local health economies (primary, community and secondary) because the technology for doing this has already been tried and tested. And second, patient access to health records through the internet should be prioritised.

Now is the time to focus on integration, rather than further entrench fragmentation

Finally, we have seen recent attacks on NHS management as an easy political target.  However, reducing the quantity of managers could be viewed as misplaced, since management is essentially a coordinating and integrating function.

A different perspective would focus on the qualities of NHS managers, rather the quantity. Leaders capable of driving and delivering integrated care organisations need the powers to manage and freedom from central control.

This might see chief executives of NHS integrated care organisations reporting on financial matters directly to Parliament through an organisation such as Monitor.

Now is the time to focus on integration, rather than further entrench NHS fragmentation.

Dr Henry Featherstone was head of health and social care at Policy Exchange from 2008-10. All Together Now: competitive integration in the NHS was published by Policy Exchange last week.