London looks forward to controlling its health and care budget

The capital’s boroughs are ready for a health deal like that of Greater Manchester, says Peter John

The recent announcement that Greater Manchester is to take control of the area’s £6bn health budget is exciting news for local government and sets an important precedent which any future government will have to adopt for London and other major city regions.

There is a growing belief among London council leaders that the only way we can maintain public services as we recognise them today is through greater devolution from Whitehall. After acquiring control of public health in 2013, many in local government have considered the amazing possibilities for service improvement from a genuinely integrated national health and social care service, with ultimate responsibility resting with the local authority, rather than the exiting NHS. 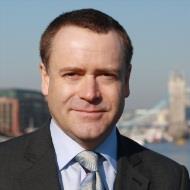 ‘We have to challenge whether value for money is being achieved’

Local government is good at managing public services at a time of increased demand and massively reduced budgets. Experienced local government leaders and chief executives tend to take a deep breath as they listen to health service colleagues complain of their “paltry’” 2.5% budget increases for the coming financial year.

While the NHS is dealing with a growing elderly population and the increased costs of treatment, isn’t this the same growing population that councils have to look after with 28 per cent less in their adult social care budgets than in 2010?

With more councils committing to the Ethical Care Charter, the costs of providing care to that growing population are also increasing. Full implementation of the charter will cost Southwark Council in the region of an additional £2m per year.

What is the sense in ringfencing one budget and slashing another when ultimately it is the same individuals who are being looked after by those different budgets? Too often the money being spent on healthcare, without having regard to the wider issues facing our population, addresses the expensive symptoms of poor health rather than the causes. Even where this approach is the only realistic option for a patient, we have to challenge whether value for money is being achieved.

In Southwark every initial visit by a patient to a sexual health clinic is charged to our public health budget at a tariff of £176. A follow-up visit for results costs another £134.

While encouraging early testing for sexually transmitted diseases is vital in a borough with high infection rates, it is also important to note that the same tests conducted by the GP cost between £20 and £30 and the online service between £10 and £20. For those who still go to the sexual health clinic simply for free condoms, there are obvious savings to be made.

Local government’s experience in ensuring value for money, managing demand and looking at a person or community as a whole will be vital in securing the long-term future of the health service. An NHS that runs on the basis of a GP visit, a referral, and treatment at the local hospital is a model that might have been suitable in 1948 but that can be radically adapted to take account of improvements in technology and capacity.

NHS England chief executive Simon Stevens has indicated a movement of services away from acute trusts to primary care but this must be pushed further and faster.

In London, there are clearly opportunities for health devolution within existing governance structures. Strategic decisions about London’s NHS could rest with the mayor and the London health board, while decisions about individual hospitals and the services they provide could sit within subregions of boroughs which are served by those hospitals.

Health and wellbeing boards already demonstrate how the relationship between councils and local clinical commissioning groups could work under a fully devolved and integrated model, with an increasing number of councils and CCGs sharing budget information and thinking in order to ensure that services and programmes avoid duplication and generate the best outcomes for residents.

London has seen how concentrating specialist services can bring massive health benefits. The eight stroke treatment centres across the capital, helping to move stroke treatment out of A&E, have seen a huge improvement in recovery and rehabilitation rates and saved the lives of people who would otherwise have died.

Empowered to take strategic decisions for better health outcomes for London could see the mayor and boroughs taking tough decisions about what the health needs for Londoners really are. Currently proposals for the closure or movement of services are inevitably resisted when they are seen to be imposed from Whitehall. It will be much harder to argue against decisions which local politicians are taking in the town hall and City Hall.