Simply concentrating on calories and the weighing scales is obscuring the wider debate on health and wellbeing and the role physical activity can play in enhancing it, writes David Stalker 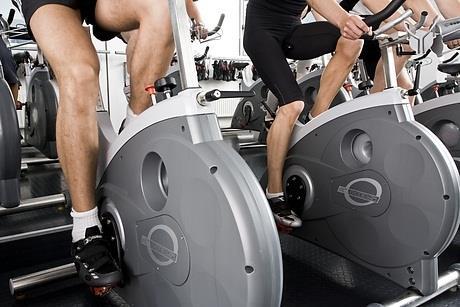 We are bombarded constantly with worrying statistics about the epidemic that is physical inactivity. An all party parliamentary commission has been launched specifically to tackle the problem.

We know in the here and now about 44 per cent of people are not doing the requisite amount of exercise, which at a mere 150 minutes of moderate physical exercise every week is a concern. More worryingly, one in four people – about 16 million Brits – are classified as completely inactive, placing themselves at even greater risk of lifestyle related diseases.

The upshot of this in the future is really worrying. Trend watchers predict that by 2020, the average Brit will be so averse to exercise that they will only use 25 per cent more energy than they would have done if they’d just spent the day in bed.

So something needs to change, and fast. But first of all we need to recognise what it is we are doing tremendously wrong.

What lies at the heart of this issue? First, we need to extract physical inactivity from the obesity debate and recognise it as a public health challenge in its own right.

Deal with obesity by reducing portion sizes, improving quality of food, reducing sugar and supporting people to manage their weight. The constant conflation of activity with weight leads to a degradation of the importance of tackling inactivity in its own right, as a benefit to health, not as a strategy for reducing waistlines.

The evidence is clear that poor cardiorespiratory fitness is as big a cause of premature mortality as obesity and can be tackled independent of weight. An exclusive focus on obesity means that we have taken our eye off the ball on exercise as a means to make key health gains.

Purely by concentrating only on the calorie count of what we put in our mouths we have obscured the wider debate on health and wellbeing and the role physical activity plays in that.

Health and wellbeing boards in local authorities were a great gain, particularly among other more controversial aspects of the Health and Social Care Act. On reducing health inequalities we can all start to get something done; but fitness tests for children and young people, mirroring the tests for literacy and numeracy, should be of the same importance as measuring their waist size via the Child Weight Management Programme.

After all, weight isn’t the only marker of health. It is common sense that skinny people can be unhealthy and broader people can have a good bill of health. The unintended consequences of obscuring this is we stigmatise many young people − which runs the risk of inducing bulimia, anorexia and other conditions − and we put off millions of people from getting moving through fear that they will be judged by the health of their waist and not their heart.

So what ought we be doing? We know the links between physical exercise and healthier lives. We know that if everyone in England alone did the recommended 150 minutes of moderate physical exercise every week it would save 37,000 lives each year, lead to nearly 300,000 fewer cases of type 2 diabetes and prevent more than 12,000 people going to hospital for emergency coronary heart disease treatment.

GPs know this, too. But so often they are unable to prescribe physical exercise where it is needed because of a lack of information and access to reliable, evidence based interventions that deliver the outcomes that are needed. Bombastic headlines that tell us doctors are “turning us into a nation of pill poppers” have a modicum of truth to them as ultimately pills are seen as the more reliable option.

This is why in the ukactive summit we made sure that the question of whether the presence of an exercise professional in every GP surgery is something all the main political parties can sign up to.

We know it has support. The Mental Health Foundation in its report Moving On Up found that 42 per cent of GPs surveyed do not have access to an exercise referral scheme.

Physical inactivity has been dubbed a “silent killer” responsible for more deaths than smoking and now one of the top four killers worldwide, according to the World Health Organization.

‘We all know how good exercise is for us, we just want that knowledge made more formal, by GPs, local authorities and the government.’

This is not only about saving money but saving lives. An intervention as simple as equipping doctors with the information they need in order to start prescribing exercise would start to tackle ineffective medications when physical activity will more than suffice, make formal the key role exercise professionals have in keeping our nation healthy, and save money in the long run for the national health service in reducing treatments for the most life threatening diseases.

While the health of the nation has come on leaps and bounds, including through the interventions that local authorities have made to tackle health inequalities and public health crises, we must be careful not to take the simplest path.

We all know how good exercise is for us, we just want that knowledge made more formal, by GPs, local authorities and the government. We’ve come a long way but there’s a long way left to go.