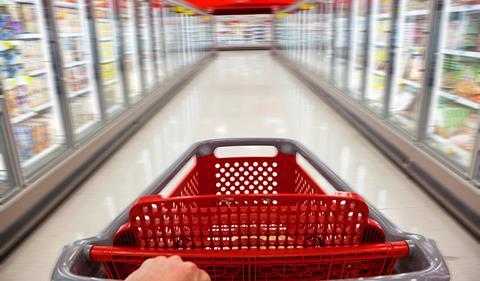 “It ain’t what you don’t know that gets you into trouble. It’s what you know for sure that just ain’t so” ~ attributed to Mark Twain

NHS England’s proposals to change NHS procurement rules have been among the highest profile of the so-called “legislative asks” aimed at helping to deliver the long-term plan. The current rules are described as “overly rigid”, leading to “wasteful legal and administration costs” in “protracted procurement processes”.

And this chimes with the conventional wisdom. Don’t we know for sure that most NHS contracts are put out to tender, and that legal challenges leave commissioners bogged down and unable to focus on what really matters? And wouldn’t it just be better for patients if commissioners arrange services with local NHS providers rather than test alternatives?

The only problem is that the conventional wisdom is wrong. What we know for sure just ain’t so. And by basing proposals to change procurement rules on incorrect information we risk making things worse, not better, for patients and taxpayers alike.

First, most NHS contracts are not put out to tender. We know this to be true for many services – when was the last time an accident and emergency service came to market?

But what about genuinely contestable services where real alternatives exist – particularly in the community sector. Don’t they go out to tender?

Second, commissioners are not tied up in constant legal challenges. Data obtained by HSJ shows that of over half of CCGs have never received a challenge to any of their procurements for services.

Between 2013 and 2018, there have been 57 challenges to procurements carried out by CCGs across the whole of England, with only five CCGs saying they have made a payment to unsuccessful bidders.

Given that CCGs over this period spent something like £400bn of public money this hardly paints a picture of a system embroiled in legal argument at the expense of a focus on patient care. Indeed the likelihood of legal challenge to CCGs seems remarkably low.

And (whisper it) – might the potential for legal challenge be… a good thing? Virtually all governments around the world have rules governing public procurement because they recognise the need for clear standards.

The rules are there to encourage transparency and minimise waste and even corruption in the expenditure of public money. Without the potential for legal scrutiny of NHS commissioners how would we be able to confirm if they are acting in the best interests of patients?

Last, the proposal to make procurement strictly optional when services are delivered by the NHS runs the risk that in the future patients will be stuck with poorly performing services as contracts are rolled over time and again. The legislative proposals make clear that this rule will be for services from NHS providers only – creating a system where what matters is the logo above the door not the quality of service you provide.

But recent public opinion research conducted on behalf of IHPN found that two thirds of people (68 per cent) agree that they do not mind whether their NHS care is provided by a public, private or voluntary organisation as long as it is of high quality and free at the point of use.

All of this matters because basing our legislative plans on things that “just ain’t so” isn’t the way to deliver change that benefits patients. We have a set of legislative proposals designed to reduce the number of procurements, minimise the risk of challenge, and make it easier for commissioners to roll over contracts with NHS providers.

But the facts – low numbers of procurements and few legal challenges – mean that those solutions aren’t based on real problems. Instead of reinventing procurement rules we should be focusing on how to use existing structures to drive the changes we all want to see in NHS provision.

We should ask why isn’t the starting point of any procurement decision “is this service rated as good or outstanding”, not who provides it. We should be focusing on equipping commissioners with the skills they need to use procurement to join up the gaps between services.

We should encourage much more positivity about the role procurement can play in ensuring there is transparency in designing new integrated care systems. Let’s make sure that what we know for sure that just ain’t so doesn’t get us into trouble when it comes to changing the law.