It is hard to stay positive when the NHS suffers relentless criticism from politician and the media, but those in the health service are also responsible for creating a harmful blame culture 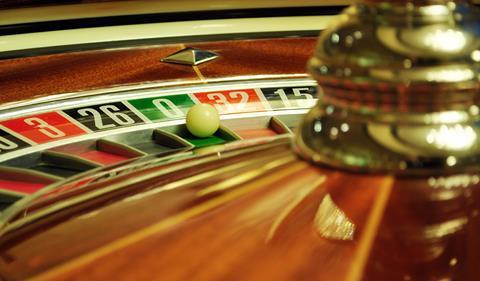 "It’s as though a wheel has been spun every so often… ‘let’s all attack nurses’ or another week it’s ‘let’s have a go at general practitioners’.”

Sir David Nicholson was again calling for more balance in the way the media handles the NHS in an interview last month: “It’s either all fantastic or all terrible, when in fact both things happen simultaneously.”

‘There were managers versus doctors, doctors versus nurses, surgeons versus medics…’

This follows on from his speech at the NHS Confederation Conference when he denounced the perpetual criticism of NHS staff. He said: “Over the last few months, it’s as though a wheel has been spun every so often… ‘Let’s all attack nurses’ or another week it’s ‘let’s have a go at general practitioners’.” In both cases, he seems to be highlighting the need to stop the witch hunts and take a more grown up view of the situation.

It’s true that for years now (not just months), NHS staff have been subjected to relentless criticism and blame from political leaders, healthcare leaders and the media. But it seems crazy to apply wholesale blame to a huge cohort of people, most of whom are working harder than ever to prop up the service despite budget cuts and inadequate staffing.

And it must be remembered that all this carping has a significant human cost, demoralising and demotivating good people, as well as having further adverse effects on care.

Within the health service we know this is unhelpful, yet we are sadly far from being above blame. Throughout my junior doctor rotations, I observed and experienced a huge amount of hostility between colleagues: playground style factions expressing tribal vitriol towards “others”.

There were managers versus doctors, doctors versus nurses, surgeons versus medics… If you’re in accident and emergency, you’ve got no chance as everyone else moans about you. Until you deflect the ire away from you and on to GPs, at which point everyone on the inside can unite against those outside the hospital walls.

‘Going to work every day with the attitude of an embittered martyr, perpetually lashing out at others, creates a bad atmosphere’

But why do we behave like this? Over the years, I noticed that the intensity of the vitriol seemed to be a function of the amount of work referred on the other party, combined with an arrogance that the person making the referral was obviously incompetent.

Plus there was the unrealistic expectation that everyone else should have at least registrar level experience in your chosen field. There was certainly no effort to understand the other’s reasoning, communicate or educate.

The trouble with this type of behaviour is that it’s poisonous, to you and everyone else. Arrogance in particular blinds you to your areas of weakness. For example, if you work in hospital, you’re unlikely to see the bewildered patient in the GP surgery following their baffling hospital appointment, so the arrogance will go unchallenged unless you take steps to seek out areas for your own improvement. You’ll also never help anyone else improve if you simply moan to those around you.

It can lead you to treat others in a way that is frankly unacceptable. If you are contemptuous and resentful towards your colleagues, how can you be confident you don’t start treating your patients in the same way?

Finally, going to work every day with the attitude of an embittered martyr, perpetually lashing out at others, creates a bad atmosphere. Since “what we permit, we promote”, over time this spreads to become a toxic culture.

If we really want to effect a culture change in the NHS then yes, it would be a wondrous thing to get the tabloid press off our case for once, but maybe we should start by giving each other a break?