The metaphor-heavy language of the NHS managers can be helpful for them, but Simon Lancaster argues it has a damaging affect on the behaviour of the organisation’s wider workforce 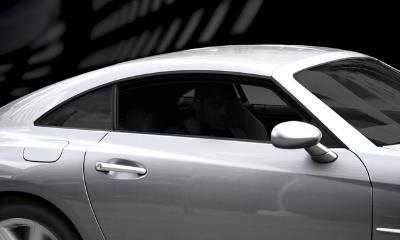 Another day, another NHS “drive”. While it is hard to disagree with the sentiment behind Jane Cummings’ “compassion drive”, you have to ask why it was presented in such ugly language, using the self-defeating metaphor of the NHS as a car.

‘Metaphors establish moods, values and feelings that have a direct effect on the way people act’

The NHS has already had a wellness drive, dementia drive and an innovation drive. It’s had more drives than Jeremy Clarkson. Couldn’t they have called it a movement, a campaign or even given it a name, like Fred? Anything would have been better than another drive.

The whole metaphor could barely be less appropriate for the aim. Staff are being urged to be more humane, but through the prism of a metaphor which is fundamentally mechanistic.

The trouble is the notion of the NHS as a car is so engrained in the minds of NHS leaders they can scarcely speak in any other way.

The NHS “accelerates” improvement, “goes up a gear” on innovation, “refuels the tank”, “applies the brakes”, “pulls levers”, “puts patients in the driving seat”; who could forget Lord Darzi’s “clinical dashboard”?

This is not just some petty gripe. Metaphors matter because metaphors are not just an articulation of thought, they have a profound effect on people’s behaviour.

There is substantial research showing how metaphors affect behavior across a range of fields, from stock market purchasing activity to political affiliations and even in wars.

The reason is metaphors establish moods, values and feelings that have a direct effect on the decisions people make and the way they act.

The machine metaphor does have its benefits. In particular, it can be helpful for NHS managers.

It allows them to plan from a starting assumption of order and predictability (whether or not that is a realistic assumption is a separate question). It allows them to make difficult operational decisions (eg: about redundancies or hospital closures) without the pressure of emotional entanglement.

The metaphor is also one which is readily understood. The metaphor of an organisation as a machine first emerged in 1911 and is ubiquitous in management literature.

But these benefits pale in comparison to the demotivating, dispiriting and damaging effect the metaphor has on the wider workforce.

The machine metaphor strips staff of their humanity, reducing them to nothing more than nuts and bolts: functional components; no more, no less. It tells them they are not there to think or feel but simply to serve their purpose within the machine. What’s more, they know if they fail in their purpose then they will be cast away and replaced without so much as a second thought.

The metaphor also makes the whole notion of change impossible. There’s no such thing as automotive alchemy. You can’t turn a Mini into a Mercedes. As long as this metaphor dominates thinking in the NHS, change is an impossible.

But perhaps the most pernicious effect is the way this metaphor detaches staff emotionally from their work. It was this problem, after all, which led to the compassion drive in the first place.

We’ve all seen the signs of this machine-like thinking.

At its mildest, it manifests in the GPs who barely look up from their pads as they issue prescriptions. At its worst, we see it in the horror cases such as that of Kane Gorny, who died of dehydration after his repeated requests for water were denied.

More and more of these stories are emerging. Ann Clywd told the story about how her husband died “like a battery hen” while nurses showed “resentment, indifference and contempt”. One of my close friends was threatened by a midwife as she delivered the placenta: “If you don’t stop wiggling, I’m going to rip your uterus out,” she said.

I’m fairly sure the staff involved are not fundamentally bad people, that in any other setting they would have been horrified by their own behaviour.

But the trouble is that within the steely confines of a big NHS machine such behavior can appear to be not only acceptable, but implicitly encouraged.

Every time the metaphor is used, this machine-think is re-enforced.

If the NHS is to change and restore public trust, it needs a new metaphor that breeds new values and behavioral patterns.

A better metaphor would be the metaphor of the NHS as a person. This would enable people to connect more easily to the organisation. People who love things automatically personify them anyway.

So let’s talk about how the NHS is warm and welcoming, let’s make her fitter and stronger, let’s get her standing tall and proud. This new language will help the NHS rediscover its heart, body and soul.

Machine metaphors might be helpful for managers, but they’re driving everyone else up the wall.

Simon Lancaster is a speechwriter at Bespoke Speechwriting Services