The government is fighting itself with public health cuts

Either councils deliver fewer services or they should ask for ringfenced grants for individual services, says Tony Travers

The £200m cut to 2015-16 public health budgets announced by the chancellor earlier this month will be seen as evidence within the NHS of how important it is to ensure the health budget is ringfenced and protected.

The decision to transfer public health to local government means, to put it simply, that it can be cut. If the service had remained within the NHS, spending would not have been cut. 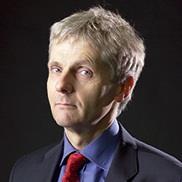 This message will be well understood. Despite decades of experts saying “we should have a national health service, not a national illness service”, the government could not resist reducing preventive health spending, simply because it was outside the ringfenced NHS billions.

As a result, resources that could have been spent on anti-obesity or pro-fitness programmes have been removed. The government’s motto must be that cure is better than prevention.

No one in their right mind within the NHS is going to create pooled budgets with local government if they think the next step would be cuts of the kind visited on public health. Remarkably, the cut to public health spending is to a grant which is itself ringfenced.

It is hard not to remark again that the government is fighting itself. The contradictions revealed by cutting the size of the state while protecting huge sections of it will just get worse and worse.

Local government, for its part, probably needs to think about presenting Whitehall with some stark choices. Up until now, councils have dutifully managed bigger cuts than any other part of the service delivering public sector.

The time has come when it will not be possible to deliver all the services hitherto provided. Perhaps there needs to be legislation to remove a number of statutory duties. Or, alternatively, councils could ask for a ringfenced grant for each individual service.

These would not be good reforms but the alternative is that people go on pretending local government can deliver a full range of services with, by 2020, only half the resources of 2010. An economic slowdown would make the need for cuts even greater.

There needs to be a reality check on public expectations. Alternatively, ringfences for national government’s protected services must be removed.

Tony Travers is director of the Greater London Group, London School of Economics. This article also appeared on lgcplus.com