The profitable prize behind pension reform

Changing the NHS pension scheme enables a fundamental government aim: repositioning the NHS as a brand rather than a service, says Noel Plumridge

For NHS staff, the pension scheme has always been a vital element of the overall employment package. Any threat to it stirs strong emotions. However, following the passage of the Health and Social Care Act, the pension scheme is changing radically; and not just in the arithmetic of contributions and benefits.

For many years, governments have argued that public sector pension commitments, including the NHS scheme, are no longer sustainable and need radical redesign. Lord Hutton’s 2011 inquiry confirmed what most already understood: the demographics of an ageing population are unavoidable. 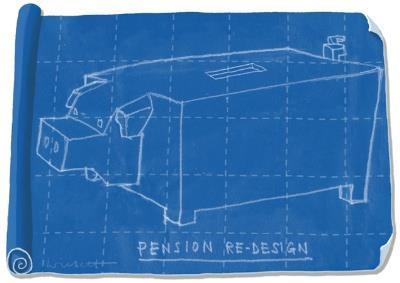 After protracted wrangling, in March 2012 the then health secretary, Andrew Lansley, published his proposed final revisions to the NHS scheme, effective from 2015.

Mr Lansley offered a compromise. Future pensions will be based on career average salary (rather than final salary), but the NHS scheme still offers “defined benefits” − the traditional style of pension, as opposed to the increasingly common “defined contribution” schemes that pass much more risk on to the employee.

The proposals remain divisive, especially among doctors. Nevertheless, in July 2012 a statement from Danny Alexander, chief secretary to the Treasury, made it plain that the government would begin implementing the amended scheme.

But does the end result address the Treasury’s long-running concern about public sector pension costs? Mr Lansley was not renowned for compromise. If the commercial world, concerned about a stagnant economy, is rapidly abandoning the “defined benefits” pension, how come the revised NHS scheme is deemed affordable?

The answer lies in the second strand of revisions, in which Mr Alexander features prominently. Last year also saw a dramatic extending of access to the NHS scheme, covering staff transferring out of NHS employment and even commercial firms winning contracts to provide NHS-funded care.

For a government can trim its pension exposure once and for all by trimming the workforce. The Health and Social Care Act is as much about privatising NHS provision as restructuring commissioning. For ministers ideologically wedded to “small government”, cutting direct NHS employment represented a far greater prize. Maintaining the pension rights of staff making the transition would be a small price to pay.

So back in December 2011, when Mr Alexander announced his review of access to the pension scheme, he also confirmed that staff leaving the NHS under the transfer of undertakings (protection of employment) provisions would still have access to the scheme.

Staff anxieties about pensions need no longer obstruct the transition to external provision, already gaining momentum via the abolition of primary care trust provider arms and the “any qualified provider” competition regime introduced in the summer of 2011.

However, bigger moves were already taking place. Many community staff had transferred to newly formed social enterprises when PCT care provision ceased, but NHS Surrey had chosen Assura Medical, a commercial business, as its preferred contractor for a £500m contract in the west of the county. Could the 2,500 Surrey staff keep their pensions? By early spring an influential local MP, one Jeremy Hunt, was pressing NHS Surrey to conclude the deal.

A device was needed; one was found. The alternative provider medical services contract offers employing authority status and access to the NHS pension scheme, provided the contractor has medical practitioners or health practitioners in charge. Assura, by now rebranded as Virgin Care, already provided out-of-hours GP cover in East Yorkshire via a company named VH Doctors. And VH Doctors held an APMS contract with NHS Hull.

Bingo! At the end of March 2012, 2,500 NHS staff were duly transferred, their pension rights intact, not to Virgin but to VH Doctors. The ink on Mr Lansley’s act was barely dry.

‘Widening access to the NHS scheme has not been universally popular. Providers have lost an advantage’

Virgin’s rival Serco was quick to follow. In April 2012, Serco set up a new company, Integrated Clinical Services, to secure employing authority status via an APMS contract. There was now no obstacle to Serco’s £140m takeover of community services in Suffolk.

Formally, the recommendations of Mr Alexander’s pension scheme review are still awaited. Meanwhile, a draft public service pensions bill, introduced to Parliament in September last year, is, according to the chief secretary to the Treasury, “the final stage in delivering sustainable public sector pensions”. Its provisions mirror Mr Lansley’s revisions to the NHS scheme.

Widening access to the NHS scheme has not been universally popular. NHS providers have lost an important recruitment and retention advantage. Many social enterprises, denied access to APMS contracts when they were established, fear what will happen when their contracts are re-tendered by commissioners.

But extending the scheme has enabled a strategic and more fundamental government aim: repositioning the NHS as a brand rather than a service, with greatly reduced direct employment. The cabinet will be happy enough.