Public consultation is an obligatory part of ensuring visions turn into real change, but it is proving to be the only impediment to implementation, writes Nick Samuels 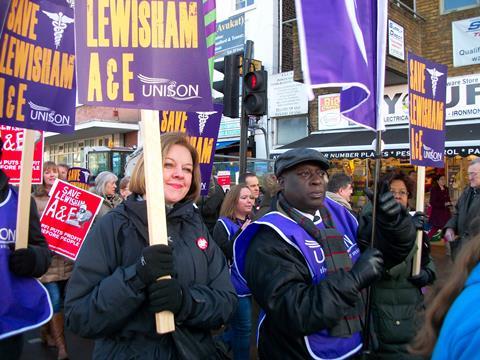 A consensus seems to be emerging about what the NHS could and should look like in five or 10 years time.

It is a picture of a sustainable NHS that has undergone transformational change to reflect both the realties of the clinical and social care needs of patients and the economic realities of paying for them.

We will apparently have an NHS that will bear little resemblance to the one we have known. It will be fit for the 21st century rather than a mild adaptation of where we started in the mid 20th century.

The consensus feels widespread among policymakers, NHS and medical leaders, the third sector and the commentariat.

Politicians – when in thoughtful mode – feel pretty much signed up too.

One other thing: the consensus also states that if we do not make transformational change sharpish, the whole system will collapse under a financial and demand burden it cannot bear.

There is vision aplenty for the future but precious little agreement or movement towards making the changes to get there. At least not in public.

It feels like no one really wants to have the discussion in public with the public, and in terms that the public get the personal impact. We tend to save that conversation for consultation.

Consultation often turns in to the worst possible process by which to have a rational, meaningful and consensus-building discussion about anything.

Consultation is something we have to do, the law says so.

‘The only impediment to implementation is the consultation process’

Just about everyone involved feels cheated by a process for which they have lofty and sincere hopes that are rarely realised.

From the start it polarises the proposers and everyone else.

Proposers cannot fence sit either. They are consulting on a proposition they believe should be implemented, perhaps with a few tweaks here and there. And everyone knows that the only impediment to implementation is the consultation process.

The battle of opinions

So the process creates battle lines and in that context it becomes very difficult to have a conversation.

Consultation also serves to provide a legal mandate for implementation if it is successfully accomplished. But to the consultees who have opposed a consultation, this feels like the greatest betrayal. How has their voice been heard if the proposals proceed?

Considering a viewpoint and then not accepting it, as the process allows, leaves people feeling understandably bitter and cheated.

Outside the NHS, the fierce debate over High Speed 2, the planned high speed railway between London and potentially Scotland, is salutary in this context. Most communities along its route are vehemently opposed on principle apparently – over economic benefit, environmental impact, effective use of precious resources. All very noble.

This is the second high speed line this country is trying to build and we went through a very similar process of consultation and opposition with and from the communities of Kent along the route of the first one.

But I am curious about what will emerge here and the suitability of the consultation process to deliver transformational change.

No one from the communities opposing High Speed 2 opposed High Speed 1. And no one who opposed number one appears to care about number two.

Back in the NHS the two noisiest consultations of the last year – in Lewisham and Stafford – have seen their communities visibly oppose what was being proposed. And yet the proposals are being substantially implemented.

The Lewisham case has even caused a change of the law on consultation which speaks volumes.

Both processes generated huge antagonism, no democratic mandate as most people would recognise one, and significant delay in dealing with deep rooted and unsustainable problems.

The consultation process itself is also very expensive and takes time. And yet this is the process that will be a key element of the route to the transformational change in the NHS, which is essential for the vision to be achieved – for which there is broad NHS consensus – and ensures NHS sustainability.

Even where the consultation process achieves consensus and is well regarded, such as the stroke and trauma reconfiguration in London, it comes with a hefty price.

In the time it took to prepare and make the proposals, consult on them and achieve the consensus, the opportunity to save hundreds more lives was lost.

The answer is more questions

So what conclusions can be drawn?

Well, there are many more questions for consideration. Is consultation (like democracy, it is said) the least worst way of making change?

Is it necessary or are other forms of dialogue better? Does it provide a mandate for change? Legally perhaps, but often it is no more than that.

Does it capture all views or just the loudest?

‘We are going to see more consultations. We need to be quick thinking and take action to make the process more meaningful’

Are local people best placed to be consulted or should we perhaps consult outside the area being impacted instead?

Are there differences between concepts and their impact that should be consulted on separately or differently?

And for another discussion, how good is the NHS at making the case for change? Does it have a language and connection to the communities it serves which gives it credibility and gives them the confidence that change is a worthwhile process?

We are going to see many more consultations in the future and so we need quick thinking and take action to make the process more meaningful. Or perhaps we need to consult on that too?

Nick Samuels is director of communications at the Foundation Trust Network