A mountain to climb

Language, culture and distinct health needs are among the challenges for commissioners who have growing numbers of Nepalese people settling in their communities 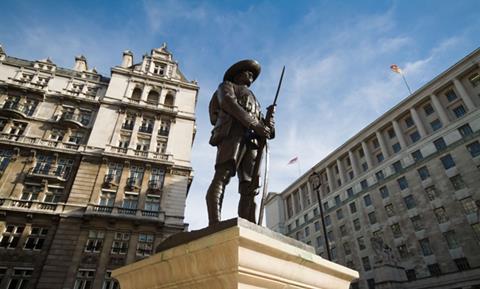 Around 100,000 Nepalese now live in the UK, following changes in the law allowing ex-Gurkhas and their families to settle here

Statue of a Ghurka Soldier (not for re-use)

One of Britain’s newest minorities is the Nepalese. Around 100,000 Nepalese now live in the UK, following changes in the law allowing ex-Gurkhas and their families to settle here.

Unlike the influx of Eastern Europeans a decade ago, the Nepalese are concentrated in a few communities such as around Aldershot in Hampshire and other army centres. But what does that means for local health services and how can commissioners respond to the challenges of such distinct groups?

A health needs assessment two years ago in Hampshire showed that there were distinct needs in the Nepalese groups living in the Aldershot area - then thought to number at least 6,000 and likely to have increased substantially since.

Serving Gurkhas and their families are likely to be tied into the Ministry of Defence health services but the position is different for those who have retired to the area and their families, who will fall within the NHS’s remit.

One crucial issue was around language; many older Nepalese do not speak English and patients may need relatives to translate. There were also cultural differences around accessing healthcare and expectations of what to expect: information about healthcare was sometimes hard to come by, especially for older people.

A very practical difficulty for healthcare professionals was that similar names and dates of birth made it hard for practices to identify who they were dealing with and what their medical history was.

The experience in Kent - where there is a substantial Nepalese community based around Folkestone - was similar. There could be particular difficulties with language when Nepalese people needed to access acute health services, although the introduction of the electronic patient record has helped with this.

And there were some physical health needs different from that of the existing community highlighted in the Hampshire needs assessment. TB, for example, is endemic in Nepal and there have been a number of cases among Nepalese in Hampshire.

Diabetes, cardiovascular disease and hypertension are also common among UK Nepalese, and mental health needs were identified by the Nepalese community with older women being seen as at risk of depression.

In Eastern and Coastal Kent, a sexual health assessment in 2009 - before many Nepalese moved to the county - flagged up Nepalese women as a group with distinct unmet needs. Very often they were accompanied to appointments by men which could be a barrier to talking openly.

For NHS Hampshire, a key priority has been improving awareness and access to treatment and care. A translation service is available - although not always used - and the effectiveness of different means of translation is being assessed.

By working with focus groups from the community, NHS organisations have been able to develop leaflets and a DVD to help them.

Increasingly Nepalese speaking staff are being employed in local GP practices and to support specific projects in the community. One such project has been around baseline checks with new arrivals to establish their health status. A Nepalese-speaking healthcare assistant is also supporting health checks for the over 75s.

A mental health nurse has also won an award to help develop an outreach service for Nepalese. This will train community volunteers as mental health “first aiders” to encourage people to seek help before they reach crisis point. Funding for the scheme has come from the Mary Seacole awards, aimed at improving health outcomes for black and minority ethnic groups.

The problems of dental health are being addressed with a practice commissioned to take on 9,000 patients in the area with a particular focus on supporting the Nepalese community to get access to dental services.

“North East Hampshire and Farnham CCG will take account of these issues and continue to learn from engagement with the local community and clinicians as it takes over the role of commissioning services for the population from NHS Hampshire,” says an NHS Hampshire spokesperson.

In Kent, a community needs assessment is planned which will look specifically at the Gurkha community. The health service will also have some input into how funds from the Department for Communities and Local Government, allocated to areas with large Nepalese populations, are spent.

Work so far in Kent has concentrated on helping overcome any language and cultural barriers. Andrew Scott-Clark, director of health service improvement for NHS Kent and Medway, says: “There are no particular health needs for the Gurkha population, although our recent needs assessment highlighted that there may be cultural barriers in accessing services and a risk of poverty.”

As the Nepalese community matures, it will be up to CCGs and public health services to ensure that these cultural barriers do not mean poorer health outcomes.