CCGs and procurement in their first 100 days

With clinical commissioning groups now live, Giles Peel considers some of the issues and challenges they are likely to face in their first 100 days as they hit the ground running 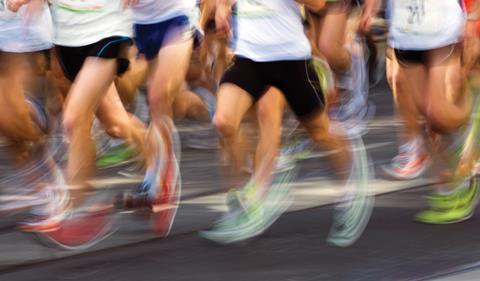 Clinical commissioning groups have now been live for nearly three weeks. Thousands of hours of preparation by thousands of CCG staff built up to the moment on 1 April when they took over, but there will be little time to savour the arrival of these statutory bodies or their achievements in getting to this point. Instead, they will hit the ground running and be confronted with plenty of real-world issues in their first 100 days.

A key task will be undertaking due diligence on contracts, assets and liabilities received from sender primary care trusts under transfer schemes. As with the vast majority of cases, this information is still being finalised at the time of writing; the position in terms of what each CCG will inherit from sender PCTs is unlikely to be clear until at least the end of April.

The group will need to reconcile what it has received to its finances and ensure there are no gaps. Due diligence on contracts received will be required − this may be something commissioning support units are engaged to assist with as they are likely to be responsible for ongoing contract management. The CCG may also want to terminate or vary certain contracts it “inherits” depending on the terms.

Some have yet to finalise collaborative commissioning arrangements (though many have done this already) with the NHS England local area team, other CCGs and the local authority. The key task will then be to work to the agreed arrangements and timescales to set the tone of the collaborative relationship early on, not least because they are likely to be tested quickly.

It will be important to continue to “bed down” relationships with key providers, including the large acute trusts, setting the tone for the contractual relationship between the CCG and the providers from the start.

As a result of this, CCGs should ensure they have sufficient resource available to manage the service level agreements with the support unit effectively. The CCG will also need to continue to work with NHS England as its “regulator” and comply with any specific directions given to it as part of the authorisation process. The relationship between the CCG and NHS England on this level will be key to its success.

Local authority relationships at many levels are new to CCGs, not just in terms of the transfer of public health but also in the broader sphere of joint commissioning. There are many new disciplines at work here and both sectors need to take time to understand each other’s viewpoint. Some CCGs are already considering how to integrate and innovate further, through, for example, section 75 agreements with local authorities.

CCGs are already beginning to look towards 2014 and starting to plan for procurement for contracts from April next year. Such procurements will include services to replace current local enhanced services commissioned by PCTs.

Key to these plans will be the level of understanding of the 2013 procurement regulations exhibited by CCGs and any commissioning support providers. Understanding how the CCG − and the CSU on its behalf − will ensure it will comply with the regulations, and demonstrate that it is doing so, will be key to mitigating the risk of successful procurement challenges from potential providers of, for example, community-based services.

Then there is the vexed and increasingly public debate around CCGs and conflicts of interest. They must now look to ensure that their conflict of interest policies and procedures are watertight and will operate effectively to demonstrate transparency and fair procurement practice, particularly in light of the 2013 procurement regulations.

This will be especially key when planning procurements of services where CCG members are likely to be among the potential bidders. Any commissioning support organisation engaged by the group must be fully up to speed with its policies and procedures in this regard.

It goes without saying that the links between this area, the management of conflicts more generally and CCG reputations, are vitally important. CCGs have been informed that NHS England will direct them to carry out certain functions on its behalf − for example, general practice IT.

CCGs will have needed to be ready to take this on this month. In certain areas, CCGs will also have moved in to take forward politically difficult service reconfiguration plans where, for example, the local acute hospital is failing or where levels of provision are being examined on a wider regional basis.

Finally, in addition to their core statutory commissioning functions, CCGs will also need to continue planning how they will demonstrate improvements in the quality of primary care through the quality premium. Again, this is an area where CCGs will be under the spotlight if there appears to be any hint of conflict of interest, and the findings in the Francis report are already sharpening the standard of debate in this area.

The first 100 days will present plenty of challenges, but in many CCGs the mood is one of anticipation and cautious optimism. The time for theoretical discussions is nearly at an end.