How the clinical case won hearts and minds on service reconfiguration

When two hospitals in East Sussex were unable to deliver safe levels of care, clinicians knew they would have to centralise services. They confronted public outrage with clinical evidence to win over protesters, as Rob Hustwayte explains 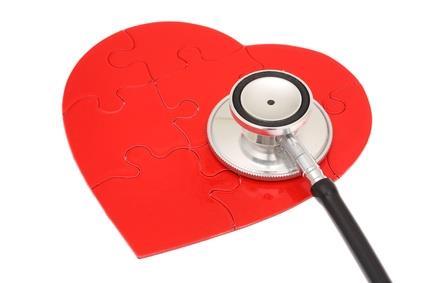 There had been problems in recruiting and retaining sufficient staff to safely maintain services across two sites - Hasting’s Conquest Hospital and Eastbourne District General Hospital – for at least a decade.

The national shortage of clinicians was compounded locally. Provider East Sussex Healthcare Trust had particular difficulties attracting doctors to its comparatively small units, where there were fewer than 2,000 births annually.

Following a public consultation in 2007, the decision was taken to stop services at Conquest Hospital. Local campaigners mobilised to oppose a perceived threat to services in Eastbourne, and claimed victory when the decision was overturned by then health secretary Alan Johnson.

An independent review panel recommended full services should be retained at both hospitals because of the road network between the sites – 18 miles apart – was poor.

Yet, despite an extra £3m a year investment, concerns around safety and quality refused to go away in the ensuing years. The trust worked hard to achieve some improvements, but the fundamental dilemma of safely staffing two units remained.

In 2012 local clinicians carried out a Sussex-wide study of maternity and children’s services to look at the continuing challenges, which identified an urgent need to improve safety and quality in East Sussex.

Things came to a head in March 2013, as the three CCGs prepared to take the commissioning reins. A worrying increase in serious safety incidents sounded alarm bells at the trust.

They called in the national clinical advisory team which made several recommendations - among them temporarily centralising obstetrics and inpatient paediatrics and gynaecology at Conquest.

The trust acted quickly and reconfigured the services on a temporary basis in May 2013. This sparked outrage from Eastbourne campaigners and the local media, and a crisis for the fledgling CCGs.

“We realised that we did not have safe, sustainable maternity services and that money was not the issue. It was one of our first commitments as a CCG to work closely with the trust and local people to develop a solution within 18 months that would provide the high quality care our population deserves.”

It was agreed that the CCGs should also consider the standalone midwifery led unit at Crowborough War Memorial Hospital in the north of the county, as well as emergency gynaecology services.

Also, the Better Beginnings programme was launched in July 2013 with the publication of The ‘Case for Change’: Shaping the Future of Maternity and Paediatric Services in East Sussex.

As well as the immediate safety concerns, it highlighted many other areas in which maternity services, and to a lesser extent paediatrics, were failing to meet local and national quality standards, including high numbers of transfers and diverts, and low numbers of consultant hours on the wards.

In all cases problems were linked to staffing shortages across the two sites, and there was an over-reliance on temporary clinicians. The report concluded that for East Sussex, the two individual units were too small to be sustainable.

Dr Barnes says: “Clinicians agreed that the case for change was compelling but, given the history of the issue, we knew we would be under intense scrutiny from the media, campaigners, politicians and others.

“We had to demonstrate that any decisions we ultimately made were based on solid evidence of clinical quality and informed by extensive clinical and public engagement.”

For the following year the CCGs’ Better Beginnings team dedicated itself to collecting and understanding the views of local people.
An initial public engagement phase focused on promoting an understanding of the Sussex “case for change” and learning what service users felt was most important in their care. This included an online survey, focus groups and one to one interviews with patients.

A second phase of engagement sought to capture staff, public and stakeholder perceptions around the challenges and opportunities presented by possible future service options. It included seminars, a survey of GPs and further staff and public focus groups.

The temporary reconfiguration was subject to weekly monitoring by the CCGs’ quality team and visits by the Care Quality Commission, the Royal College of Obstetricians and Gynaecologists, and the Royal College of Paediatrics and Child Health. All noted improvements in safety and quality, and a big reduction in serious incidents.

A model of care was developed based on ensuring safety; enabling choice and access to services; normalising births; and meeting national and local standards. These were tested widely with GPs and hospital clinicians.

The learning from these processes informed the development of six service options proposed for formal consultation. All options included a single obstetric site at either Eastbourne or Hastings, two midwife led birthing units and a single overnight paediatric ward.

There would continue to be short stay paediatric assessment units at both Eastbourne and Hastings. Four of the six options would retain the midwife led unit at Crowborough. Emergency gynaecology would be based at the same site as obstetrics.

Dr Barnes says: “The controversial element was that none of the six options included a return to the old two site model for obstetrics and inpatient paediatrics.

“We understood that some people felt very strongly that we should include a two site option, but we knew from experience and everything we had learned that we could not sustain safe services over two sites, even with significant extra financial investment. We could not legally or morally consult on an option that we knew could not be delivered safely.”

The three CCGs ran a formal consultation from January to April last year – one of the most widespread engagement exercises ever undertaken by the NHS in East Sussex.

At more than 30 marketplace style public engagement events GPs, consultants, nurses, midwives, trust leaders and CCG staff stood side by side in shopping malls, leisure centres and supermarkets for many hours, talking to the public about the six options. Around 1,500 face to face discussions and 600 emails were recorded.

Online engagement methods and social media channels were mobilised and a website (betterbeginnings-nhs.net) was developed. An online survey attracted 650 responses. There were workshops for underrepresented communities including carers, migrants, gypsies and travellers.

As a result, the three CCGs agreed in June 2014 that option six - similar to the temporary model that had been in place since May 2013 - was the best solution to improve the safety and quality of local services. Midwife led services would continue to be provided at Eastbourne and retained at Crowborough.

Crucially though, that decision had to be considered by East Sussex County Council’s health, overview and scrutiny committee, which had referred the matter to the health secretary six years earlier.

The Better Beginnings team worked closely with the committee throughout the 18 month process to support its important scrutiny role. Trust and CCG leaders appeared regularly before its public panel to give evidence.

‘Patients, their families and carers were at the centre of the consultation at all times’

Dr Barnes says: “The key point of contention was travel. Campaigners held up the idea that increased travel for some people must mean increased risk.

“While we understood those concerns, we were able to demonstrate clear and persuasive evidence that services were safer and outcomes better with a single site model, despite some people having to travel further.

“A major part of this evidence was the dramatic improvement in the safety of our local mothers and babies following the temporary centralising of the services. This was a very difficult decision for CCGs because it felt counter intuitive to take services further away from some people. But by the end of the process we were absolutely convinced it was the right thing to do because the safety of mothers and children using these services had to be our paramount consideration.”

The committee met in July and agreed that the CCGs’ decision was in the best interest of local health services.

Dr Barnes says: “Better Beginnings typified our willingness to address major challenges, our desire to improve safety and quality, and our approach to designing and commissioning services with an emphasis on best evidence, effective partnership working and meaningful engagement.

“For the first time a process like this was led by local family doctors, and I believe the credibility afforded by clinical commissioning was vital to its success.Credit is also due to the trust’s clinical leaders, who shared our passion for improving services. Nationally, we have seen many attempts to reconfigure services that have failed because they did not include all of these elements.”

“What was clear in this process was the commitment the joint CCG programme board placed on decisions being evidence based, ensuring quality and safety, and not finances, as the primary determining factor in decisions. They placed patients, their families or carers at the centre of this consultation at all times.”