NHS future will not be televised – it will be tweeted, tagged and crowdsourced

Social media presents everyone working in health and social care with a highly plural and personalised platform for communicating and listening. Joe McCrea reports on the findings of the first ever survey of NHS social media 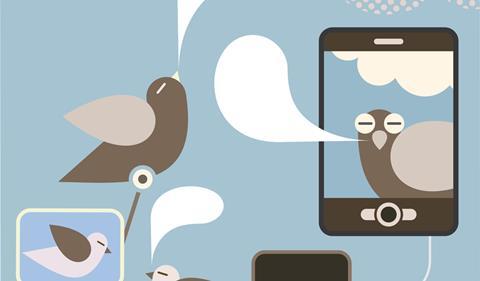 Translating models into practical delivery is fraught with dangers, as any health or social care provider will tell you.

Recent history is littered with examples of “local reconfiguration” going awry when it comes to getting on board local patients, carers, service users, stakeholders and decision makers.

Often, plans have had to be significantly altered or abandoned altogether in the face of local political or sectional opposition.

These “local difficulties” may have been difficult enough, but they are a walk in the park compared with the wholesale radical change required over the next five years.

This implementation challenge requires radical change and transformation in the way health and care economies listen, engage and communicate.

Alongside listening and engaging, social media can play a huge role in rising to this challenge.

When integrated properly in this way, social media can deliver significant results.

It allows local NHS and care providers to connect and engage directly and in real time with thousands of people and organisations, be seen to understand and take on board their viewpoints and involve them in co-producing local solutions.

It also allows them to respectfully and openly reply to questions and objections and, in some cases, even challenge misinformation from sectional interests or campaign groups.

This creates a much more transparent and healthy environment for debate and discussion. Ultimately it can lead to more robust long-term solutions.

On the downside, there are also examples of where NHS organisations have failed to develop and “own” their space in social media, leaving it to opponents to define them in highly negative terms to their reputation.

Social media is no longer a “nice to have” option for the NHS: it is becoming a mission critical component in listening, engagement and improvement strategies.

Fortunately, it appears the NHS is beginning to rise to this challenge. At a national level, initiatives such as NHS Change Day and NHS Citizen prove that national organisations can play a key facilitating role.

The inclusion of a social media component on the NHS Leadership Academy’s Nye Bevan programme proves the appetite among emerging NHS leaders.

But it is not just happening at a national level. Social media is also beginning to motor on the NHS front line and among providers of all shapes and sizes.

Something remarkable has been building out there and in the homes and lives of thousands of individual members of staff, young leaders, middle management, patients and their families.

These thousands strong individuals have been joined by a growing cadre of visionary chief executives and senior management.

Rather than waiting for their organisations to catch up, these individuals have begun to embrace and promote social media.

They use it to help with the day to day challenges they face and the basic human instinct they possess to connect with and support each other.

In some cases, it has led to truly remarkable transformations in engagement and communication between the NHS and its users.

In December, with support from NHS Providers, we published the results ofOn the Brink of SoMething Special? The First Comprehensive Analysis of Social Media in the NHS.

Four out of five NHS organisations now use at least one social media channel for corporate communication and engagement, although almost one in three use only Twitter.

‘Social media is no longer a “nice to have” option for the NHS. It has become a mission critical component’

Our report also revealed a “stealth revolution” that has taken place under the radar of the mainstream. Some of the most pioneering and effective use of NHS social media takes place well away from the official channels of NHS bodies, in myriad Twitter chats, campaigns, conversations, blogs and interactions.

This stealth revolution may not have been televised but it has been tweeted, retweeted, favourited, liked, followed, tagged, poked, shared, webcast, thunderclapped and crowdsourced.

There are an estimated 15 million Twitter users in the UK alone.

We used a pioneering NHS social media analysis tool, Find SoMeone in Health, to cut through those millions of Twitter accounts, drill down, identify and analyse the followers and activity of the 238,927 individuals or organisations with the highest concentration of interest and engagement with the main national UK NHS and health related social media accounts.

Questioning how well it is being used is just as important.

‘We assessed how well social media is embedded, integrated and supported by the wider NHS’

To answer this, we used a second unique tool, the social media capability analysis, completed by more than 400 individuals working at all levels in more than 30 NHS organisations, including national leadership organisations and agencies, acute trusts and community trusts.

Unlike traditional social media analysis tools, we assessed not just social media capability in isolation, but also how well social media is embedded in, integrated with and supported by the wider organisation and its core business and leadership strategies, functions and processes.

How the NHS faired

This showed that in overall terms the NHS is at a state of low maturity in its use of social media. It is at a reasonable state in:

But it is no more than adequate in:

This maturing process has yet to fully run its course but, thankfully, there are increasing signs that the NHS is finally ready to step up to the mark and bring social media into mainstream core business operations, to deliver real value and improvement across activities such as listening, engagement, improvement and collaborative innovation.

The mantra for the future delivery of health and care services is to be more personalised – centred on individuals’ needs and preferences, and delivered through a plurality of sources.

Should that not also apply to the way we listen, engage and improve?