How to commission hepatitis C pathways 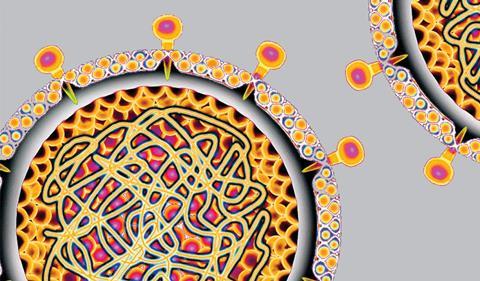 Hepatitis C virus (HCV) is an important and growing public health problem in the UK. Infected individuals have three-times the mortality rate of the general population and account for about a third of all cases of premature deaths from liver disease.

In London alone, 52,000 people are thought to have the virus. The majority of cases develop chronic infection. These cases are largely asymptomatic for a number of years and are only diagnosed when the liver becomes sufficiently damaged for symptoms to develop, at which point treatment is less effective.

Low rates of testing, diagnosis and treatment prevail. This is a potential time bomb of burden to the future health economy as a swathe of people who were infected in the 1980s and 1990s − and have remained undiagnosed or untreated − are now progressing to advanced or end-stage liver disease.

Hepatitis C in the UK presents a major health inequality, as it disproportionately affects a marginalised population. In England, 45 per cent of people who inject drugs have chronic HCV, compared with 1 to 2 per cent of the general population, but only a minority (variously reported between 1 and 4 per cent) are being treated.

In London, the inequality is even greater: 55 per cent of people who inject drugs have chronic HCV. To highlight the need for action, the London joint working group on substance misuse and hepatitis C has commissioned a public health report into the commissioning of hepatitis C treatment services for people who inject drugs. While the report relates to London, its recommendations are relevant to commissioners across the UK.

Most testing for people who inject drugs takes place in drug treatment services. There are many areas of good practice in which testing is already embedded, but the priority for commissioners should be to ensure that all drug treatment services offer routine blood-borne virus screening and vaccination (for hepatitis A and B), complemented by annual reviews to reassess risk.

A focus on patient pathways is not a novel concept but is an important first step in diagnosing problems in a local area. Furthermore, there is evidence that pathways are either not in place or are not being well communicated in the majority of London boroughs. A testing-to-treatment pathway traditionally involves an HCV antibody test, a follow-up PCR test to confirm chronic infection and then referral into specialist hepatology services in secondary care for diagnostic tests and then assessment for treatment.

‘A proactive, evidence-based response to this situation is to provide treatment clinics where the clients are’

The pathway therefore requires people to attend multiple appointments, often in different places, resulting in multiple opportunities for attrition. The number of appointments needs to be reduced and the pathways should be patient- rather than service-centric. There are a number of ways to achieve this.

Public health guidance from the National Institute for Health and Clinical Excellence advocates the use of dried blood spot testing where venous blood sampling is not possible. While this method remains a contentious among some professionals, due to its lower sensitivity, it has the advantage of enabling staff that do not specialise in blood-borne viruses to conduct hepatitis C testing in the drug treatment service.

Accompanied by training for the wider workforce, this enables more professionals to discuss and perform testing, thereby raising awareness, reducing stigma and, importantly, reducing the need for multiple appointments.

The testing pathway in London currently requires two separate samples and appointments for antibody and PCR tests. Half of all the regions in England can now conduct both tests from a single sample (PCR tests being delayed until the antibody test returns positive).

London is lagging behind the rest of the country and consideration should be given to improving current practice. Manchester has gone further still and developed technology that enables both tests to be performed from a single dried blood spot test. This employs new techniques that are still in their infancy and are not yet ready for implementation elsewhere.

Traditionally, people testing positive for HCV have been referred to specialist hepatology services, but this incurs a high drop-out rate. A proactive, evidence-based response to this situation is to provide hepatitis treatment clinics where the clients are. Lewisham and Tower Hamlets in London are two examples of this best practice model.

Drug treatment services provide an ideal setting as clients already visit the service on a regular basis and have pre-existing relationships with staff. There is strong evidence that a “one stop shop” approach reduces multiple appointments and improves testing and treatment uptake.

The primary aim of improving the patient pathway is to increase the number of people who inject drugs receiving treatment for hepatitis C. Economic analysis indicates that large-scale treatment coverage is required in order to have a significant impact on the prevalence of the virus in the population.

Given the current low baseline, a high level of coverage may not be feasible in the immediate term. A more realistic goal of treating 10 per cent of HCV-positive people who inject drugs is still proven to be cost effective. The evidence base proves that a focus on treatment alone is insufficient to address the epidemic.

It is for local areas to determine how best to jointly commission these services between public health departments and clinical commissioning groups. Health and wellbeing boards will form a focal point for these discussions and will be responsible for holding each body to account.

Given that clinical commissioning groups will bear the financial burden of inaction in the long run, this case clearly demonstrates the importance of engaging all parties to effectively commission services for the early detection and treatment of infectious diseases.

Local authorities, which retain their responsibility for commissioning drug treatment services, are now monitored on their actions to reduce health inequalities through the public health outcomes framework. Under the new commissioning arrangements there are now many levers and incentives to this long-overlooked public health problem.