We are on the brink of a data revolution in the NHS, and many of the most promising initiatives are taking place within cancer care in England, say Mike Hobday and Julie Flynn 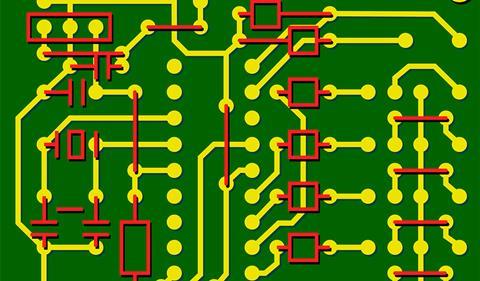 The collection and publication of routine cancer data is not new: the Office for National Statistics has collated data from regional cancer registries since the early 1960s. What has emerged in the last decade or so is an impetus to link disparate data sets together.

This is a crucial step in turning routine data into the intelligence and insight commissioners need.

It may also help to improve the accuracy of data – for example, previous research on heart attack data has shown that just looking at datasets in isolation underestimates the incidence of acute myocardial infarction by 25-50 per cent.

One of the earliest examples of linking datasets is the National Cancer Data Repository, which brings together data from each of England’s cancer registries, statistics from the ONS such as mortality figures, and inpatient information from the hospital episode statistics database.

This is already a significant resource in itself. It can be linked to other datasets and contains rich pseudonymised data, and is set to become even more useful over the next few years.

For example, Public Health England’s National Cancer Intelligence Network, which administers the repository, is considering linking it with outpatient hospital data and the new national radiotherapy and chemotherapy datasets.

Once data is linked, it can be mined for powerful insights. The latest “big data” initiative to announce findings about cancer is the Routes from Diagnosis programme, led by Macmillan Cancer Support in partnership with consultancy firm Monitor Deloitte and the National Cancer Intelligence Network.

The first results from Routes from Diagnosis, published in April this year, include detailed outcome profiles for people with breast, prostate or lung cancer, or brain and central nervous system tumours diagnosed in 2004 and followed up for seven years until 2011.

The programme provides a retrospective analysis of cancer patients’ interactions with the NHS in England, from diagnosis to death or continued survival. It is the flipside of the Routes to Diagnosis research programme, which analyses the patient journey from the first cancer-related contact with the NHS until the first year after diagnosis.

The Routes from Diagnosis profiles show that only one in five women with breast cancer and one in four men with prostate cancer will survive at least seven years in good health.

This plummets to fewer than 1 per cent for people with lung cancer. Lung cancer survivors who do live for at least five years after diagnosis are 10 times more likely to develop a new cancer than those with breast or prostate cancer.

Survival for people with brain or central nervous system tumours varies wildly depending on the type they have, and those who survive at least five years after diagnosis with this tumour type have an 800 per cent increased risk of having another serious condition affecting the nervous system, such as epilepsy, meningitis or spinal abscesses.

On the financial front, the cost of inpatient treatment for cancer varies considerably even between people with the same type of cancer, depending on how long they survive and their overall health.

Many of these findings are new to the field and were only made possible by the large scale nature of the datasets involved.

As commissioners shift towards an approach based on outcomes rather than activity, the insight produced by initiatives such as Routes from Diagnosis will only become more valuable.

Commissioners in Sheffield are already using Routes from Diagnosis to redesign local survivorship pathways. Sheffield, Bassetlaw and North Derbyshire clinical commissioning groups have some of the highest cancer incidence and mortality rates in England. They recognised the need to design and test new stratified care pathways to make the best use of limited resources and deliver better outcomes for patients.

‘Data from other care settings, such as primary care and outpatient clinics, is required to enable a more complete understanding’

Working with the CCGs, Macmillan’s Routes from Diagnosis team linked data on local people with colorectal cancer from the local cancer registry with that of hospital episode statistics to create eight outcome groups with varying identified needs.

The CCGs and Macmillan’s local service development team further consolidated the eight groups into three patient cohorts that are each receiving a tailored package of interventions.

The initial data analysis began in March 2012 and new care pathways were launched last month. The impact of this approach is now being evaluated.

Macmillan is also exploring how the model could be developed to aid commissioning support units and CCGs in doing the same.

Although Routes from Diagnosis reveals cancer survivorship at an unprecedented level of detail, it is still not a complete picture.

The national data on morbidities in Routes from Diagnosis so far only includes those conditions serious enough to be included in people’s inpatient hospital records.

Data from other care settings, such as primary care and outpatient clinics, is required to enable a more complete understanding of the true burden of morbidities for those with cancer and to most effectively use the finite resources of the NHS and social care to meet people’s needs.

Plans are already in place to integrate primary care, accident and emergency, and outpatient data into the programme, and it is also being extended to include an additional four cancer types.

When this data will be integrated remains uncertain, at least in the near future, as this currently depends partly on the success of the Care.data initiative, which has been delayed following criticism of the scheme.

What is clear is that without a wide range of data sources, including primary care data, it will be much harder to fully understand the needs of the many people with cancer who have less serious health conditions that do not require hospital treatment and yet which may still affect their treatment or recovery.

We will also miss a huge opportunity to further investigate how GPs can help improve long term patient outcomes and reduce hospital costs.

The more we can demonstrate the benefits of sharing and linking this kind of data through initiatives such as Routes from Diagnosis, the more convincing a case we can make to those who are concerned about adding primary care data to the mix.

Used in the right way, and with sufficient data protection in place, big data initiatives have huge potential to provide those commissioning cancer services with data and evidence to support service development (particularly within the outcomes based commissioning model) and to monitor change in outcomes over time.

It is knowledge we desperately need. The cancer population will double in the next 20 years, regardless of whether or not the NHS is prepared for it. Greater sharing and use of data is one of the key ways to achieving the best outcomes for cancer patients now and in future.

Mike Hobday is director of policy and research, and Julie Flynn is senior programme manager for Routes from Diagnosis at Macmillan Cancer Support