Walk and talk: A plan to improve public health

A quarter of the UK’s population are classified ‘inactive’ and this is predicted to rise, but public health interventions are starting to turn the tide, writes David Stalker 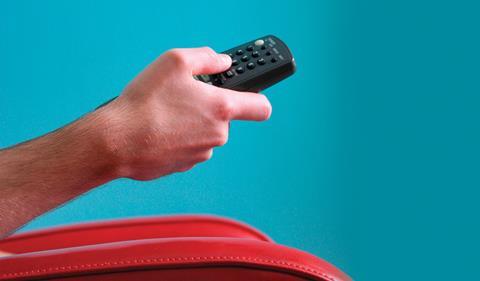 Inactivity is a public health epidemic. There has been a 20 per cent reduction in activity levels since 1961 and forecasters predict this will reach 35 per cent by 2030.

‘The cost of physical inactivity in England has been estimated at £8.2bn a year’

One in four people across the UK are classified by the best available public data as being completely inactive, with only a third of people in England achieving the recommended amount of exercise every week.

The cost of physical inactivity in England has been estimated at £8.2bn a year. This accounts for sickness absence and premature mortality, with an inactive person spending 38 per cent more days in hospital and visiting their doctor 5.5 per cent more often than an active person.

The Department of Health realised last year that intervention is needed to turn the tide on inactivity and to save money on health services. It commissioned the development, piloting and evaluation of Let’s Get Moving, a physical activity behavioural intervention based on motivational interviewing.

The programme incorporates a physical activity care pathway based on the recommendations of the National Institute for Health and Care Excellence’s public health guidance. It was piloted and evaluatedby not-for-profit body ukactive, the British Heart Foundation National Centre for Physical Activity and public health research group at Loughborough University during 2009.

‘Looked at alongside the costs every year of physical inactivity, these programmes more than pay for themselves’

It was designed to assist general practitioners over a delivery period of 12 weeks in guiding inactive adults to gradually become more active, and for the prevention and management of chronic diseases.

Starting in December 2013, the largest intervention of this kind is now to be carried out across Bedford Borough, Central Bedfordshire and Luton Borough councils with funding from the National Lottery via Sport England. Operated by ukactive, it follows the successful testing of the project in partnership with five primary care trusts in Essex in 2011 to 2012.

When extrapolating the data collected over all 504 participants in Essex, the physical exercise achieved equated to around 164 million steps, 48,000 hours of activity, 11.2 million kilocalories burned and 69,000 miles walked − a huge achievement for previously inactive patients.

In the initial assessments, inactive individuals with a desire to take part in the programme received a motivational interview from a trained professional, focusing on physical activity. The interventions were delivered by community exercise professionals, all trained to level 3 on the Register of Exercise Professionals − an independent public register that recognises the qualifications and expertise of health enhancing exercise instructors in the UK.

After segmenting the patients according to their health status, patients with a low self-efficacy are supported with a more intensive intervention, with a greater amount of one on one support, therefore ensuring resources are targeted appropriately.

After the intervention itself, results showed tremendous benefits. A separate evaluation of the physiological benefits of motivational interviewing as operated by ukactive produced the following outcomes:

These things do not come for free. But looked at alongside the costs every year of physical inactivity, such programmes more than pay for themselves.

Rolling the programme out in the future requires a priority to be attached to tackling physical inactivity, particularly from within local authority public health teams. An assessment of current investment priorities will show that tackling physical inactivity falls well down the list of priorities for investment, behind services such as smoking cessation and weight management.

This is largely the result of a lack of truly evidence based scalable physical activity interventions that deliver the outcomes that commissioners need. This influences the nature of the tenders that are released to market, focusing on priority areas, often with “exercise on referral” tagged on as a side note. As the evidence base for tackling inactivity grows stronger, greater innovation is needed in the supply of interventions that deliver clear and measurable outcomes.

But often this is not their fault. It has also been found that 42 per cent of GPs do not have access to an exercise referral scheme, while 95 per cent said that if they did they would use it as a treatment for mild to moderate depression.

While it is very concerning that so few people are doing the recommended amount of exercise, the hearts and minds of the public, politicians and healthcare leaders need to be changed. That means providing evidence, interventions for concerned local authorities and encouragement for parents and schools to foster an active generation.

It should not be seriously suggested that physical activity can entirely replace prescribed medicine for specific conditions, but evidence shows combating physical inactivity pays off. The Let’s Get Moving model offers physical activity services to local authorities, providing them with the vehicles they need for genuine improvements in public health.

Whatever change can happen locally, work to ensure strong cross-party political support for tackling physical inactivity is vital. Given the costs − estimated at £8.2bn a year and 37,000 premature deaths − the rewards for turning the tide of inactivity are huge and hard to resist.