NHS England has abandoned plans to create a “forward view” for community services, despite arguing that sustainability and transformation partnerships need one to achieve their full potential, HSJ has learned.

An internal document leaked to HSJ reveals that at the beginning of 2017-18, NHS England had plans to publish a “strategic framework for community health services” by the end of the financial year.

However, the national commissioning body has scrapped the idea and no longer intends to produce a national plan for the sector.

This is despite the leaked NHS England document identifying the following risks associated with not producing a community services framework:

When asked by HSJ last year if it planned to publish a forward view for community services, NHS England confirmed they were not producing one. This was before the leaked document came to light. 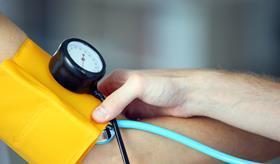 Community services consume around 10 per cent of the NHS budget

The document recommends national bodies, including the Department of Health and Social Care, NHS Improvement and Health Education England, develop a “strategic framework for community services” and position it as a “‘forward view for community services’, analogous, and fully aligned, to the GP Forward View.”

It added: “The majority of STPs have identified that redesigning community care is a priority for the future.

“However, the absence of a national framework has been identified by many stakeholders as a barrier to the local ambition of community health services being achieved.”

The timeline was for a draft framework to be created by December 2017, tested by January, approved by this month and published in March.

“As a sector, community services consume around 10 per cent of the NHS budget, yet the infrastructure and leadership in national bodies is virtually non-existent. It is time NHS England and partner arm’s length bodies backed up their rhetoric of moving care closer to home with the resources and infrastructure to make this happen.”

NHS England originally declined to comment, but in a statement sent to HSJ after publication a spokesman said: “Since one of the key challenges facing community health services is how best to integrate services with GP care, mental health and social care, it is STPs and ICSs that will drive the redesign of community services.

“Thinking about traditional standalone community provision in isolation from the wider care integration agenda would be to reinforce the service fragmentation everyone now can see needs to change.”

This story was updated at 16:28 7 February with comment from NHS England.