‘Red Tory’ Phillip Blond is the thinker behind the Big Society. He tells Jennifer Taylor how his government got it wrong on health and how to put it right - with local solutions delivered by ‘a mixture of state and people who give a damn’. 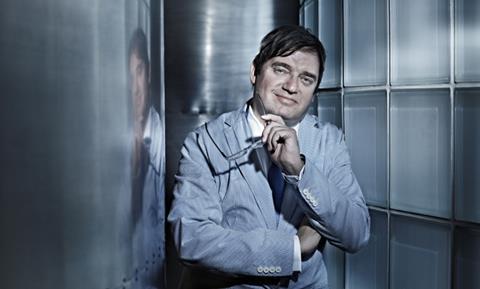 The Big Society has a role in all parts of healthcare, including provision and commissioning, argues Phillip Blond, the director and founder of think tank ResPublica.

But the trouble with the Health and Social Care Act is that “it’s hard to see how the bureaucracy, the terrible mess that’s emerged from GP commissioning, can ever really approach Big Society type solutions. You’ve got a wide variety of new institutions and new mechanisms and new accountabilities all cutting across one another, so I think it’s a car crash. And that’s a shame because we need innovations in health”.

There is a general acknowledgment that the types of innovation required include community or group involvement, a significant dimension of the Big Society. But Blond worries that the system is not set up to advance the future everyone needs. “It’s like going into battle with the wrong sort of equipment,” he argues. “What I fear will happen will be conflict over roles between all these different new institutions. I can’t see how that’s good.”

So how could Big Society ideas work effectively in healthcare? Blond’s vision involves shifting the focus from acute care to management of chronic conditions. “We’ve got an idea of a pattern of health where everything is a version of breaking your leg: you break your leg, you go in, it gets fixed,” he says.

Today, however, most people’s needs are chronic and may be the result of wider social factors, often communal, economic, or social. Socially isolated women have a 66 per cent higher risk of mortality than those with a good support base, for instance.

“What are we doing to tackle social isolation and how are we linking that with health service outcomes?” he asks. “How we move from an acute to a chronic management of care will really be the story of how we can first break up monolithic provision through personalisation and then use personalisation as a means by which we regroup and relocalise,” he says.

“It’s hard to see how the British health service will develop in any other way. But that process - centralisation, personalisation, mutualisation - is going to be trying to fight its way through this awful institutional maze we’ve now created.”

“Mutualisation” - a less politically charged term than Big Society - refers to the idea that health is socially based and constructed. “The evidence shows that if you group services around people and all the problems they face, that’s the way you can introduce new demand and therefore new supply into the health service,” says Mr Blond.

He cites the example of an innovative US programme called Health Leads, in which doctors prescribe food, fuel assistance, housing and other resources for their patients. The prescription goes to the Health Leads organisation, which is run by volunteer doctors. The upshot is that people who are having difficulties are referred not to a single doctor or professional but to a group of people dedicated to meeting all of their needs.

“What this teaches is you refer to a network and the responsibility of that network is to meet all of your holistic care,” says Blond. “That is one example of the way the health service really needs to move.

“What we need to do is create a society as a network that enables people to help people who are ill, but we need to platform this with the state,” he continues. “That’s the platforming role for the mutuality that we need to think about. So that when we address people in trouble we don’t refer them to another institution that can’t cope with their range of needs, but we refer them to a holistic provider.

“Often that will be local, it will be hybrid, it will be a mixture of state and people who give a damn. I think that’s the sense in which Big Society type solutions are going to become far more ubiquitous.”

When it comes to the Big Society concept in general, Blond says it “has lost every battle but has won the war”, in the sense that nobody is suggesting a reversal from any of its approaches. “There’s no sense that any of the Big Society type legislation will be repealed,” he says.

Analysing it in that way, one can conclude that what was not mainstream is now accepted as the way forward. “I know of no area of policy, including the armed forces, where the basic philosophy of Big Society isn’t at play,” he says. “We may not use those terms but it’s very clear that community empowerment, association, the creation of peer-to-peer relationships, the capitalisation of people, the necessity of an associative, political and capital economy are just accepted. Nobody debates those parameters.

“The story of Big Society - I don’t want to be like a Maoist after the revolution - but it’s hard to see it as anything other than a success in policy terms. What has failed, if anything has, is we’ve failed to convince the public that it’s in their interests, and that is an important and real political failure.”

The wrong sort of localism

An issue often cited when it comes to healthcare is the postcode lottery and lack of national consistency. It is a problem which Blond believes is somewhat paradoxical.

“This always strikes me as odd because we have a standardised, centralised system now and it produces the postcode lottery,” he says.

“The system we already have produces localism but it’s the wrong sort of localism.”

He says he is in favour of keeping a universalised, standardised approach but that it should be at the level of what outcome is desired. “If you become indifferent to process but still universally consistent on outcome then you get the best of both worlds,” he says. “If we’re intellectually honest we have to accept that standardisation has produced this postcode lottery and we have the most centralised healthcare in Europe. So in that sense it’s not working.”

Asked whether a free association of members of the public can guarantee quality, efficiency and safety, Blond replies: “No it can’t, but neither can an association of experts.”

He suggests that the free association should also involve doctors and the state and that all parties should agree outcomes. He gives the example of the Year of Care programme, supported by the Royal College of GPs, which is aimed at helping people use personal health budgets. Local NHS and community services are grouped together and have examined collaborative care planning and micro-commissioning.

“What that is trying to do is recognise there’s a systemic problem in that individuals themselves won’t be able to negotiate the system,” says Blond. “It’s about how to force the system to become responsive and I think that’s part of how we get to where we need to be from where we are.”

Another part will be making prevention a bigger priority, he suggests. Figures published in 2005 by the World Health Organisation show that 80 per cent of cases of heart disease, stroke and type-2 diabetes and 40 per cent of cases of cancer could be avoided if common lifestyle risk factors were eliminated.

“These interventions can only come from the type of new hybrid state/society relationships that I’m talking about,” says Mr Blond, who hails NHS Knowsley’s targeting of illicit tobacco sales as an incredibly effective example to learn from.

The “red Tory” is also impressed by DECIPHer IMPACT. This social enterprise started by Bristol and Cardiff universities receives funding from South West England and the Welsh Assembly to help schoolchildren stop their peers smoking. “We know from any study in anthropology that peer-to-peer relationships are decisive. That’s the type of move into Big Society prevention that I think is part of addressing the prevention issues.”

He would ultimately like to see a formal institution emerge that is charged with identifying innovations needed to address the health problems faced by society.

“We can only maintain the NHS as world class if the people inside it are world class,” he says. “And the way to be world class is to face the health problems of our nation and address them. If the health service can’t reinvent itself then it’s really failing its primary mission because the health needs of the population have profoundly changed.”

Do you stand by your view that the Tories are best suited to deliver your core Red Tory ideas, two years on into not doing so?

“But the Conservative government hasn’t innovated across other areas of policy. They’ve run with all their horses at the same time and I think that produces an incoherent offer and it produces departments working against government policy. And they haven’t made the decision on what type of conservativism they represent. And so, yes, I think that Big Society in a way has been circumscribed by more traditional and more reactive forces.

“[Labour policy chief] Jon Cruddas [and the] Labour party have said they want Big Society type solutions but involving the state and my response is ‘great’. We want… left and right wing competition about how to fulfil this agenda. And so, no, I don’t think the Conservative party now is the sole advocate for the type of policies that I’m arguing for.”

What did you think of the government’s engagement of the health community during the health and social care bill?

“I think it was very poor. But the responsibility for this cuts across everybody. I fear that in our health service at the moment everybody is just defending the status quo. That’s because they distrust the changes and they distrust the motivations for change.

“That’s legitimate, I’m not gainsaying that, but I think that creates a very, very unhealthy politics or culture. And that culture has resulted in all manner of dysfunction. We need to self analyse what’s wrong in the NHS. When I talk to doctors, they always tell me the worst thing that’s wrong is you can’t reward innovation [or] excellence and you can’t penalise failure. And so the people who act badly are rarely, if ever, disciplined or removed. And people who act well are rarely, if ever, rewarded or promoted.

“This in a way is the most foundational thing and it’s a sign of a culture that’s gone wrong and an atrophy in the institution itself.

“So I would say that the engagement was poor and ill thought through. But really the problem also rests and resides with the professional bodies themselves because people only impose external change if there’s no will for internal change.

“And if there’s no will for internal change in the face of the rampant health inequalities we have, that’s no longer sustainable or good enough.”

In association with Circle