MPs have called for an “urgent explanation” as to why the chief executive and other senior board members of a crisis hit ambulance trust went on holiday during what was long predicted would be “a really difficult period”.

HSJ has learned East of England Ambulance Service Trust’s chief executive and other board directors were on leave for significant parts of a chaotic period over December and early January, in which at least 40 patients were allegedly harmed or died due to ambulance delays. 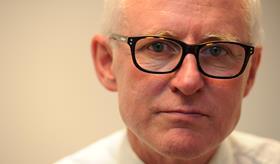 Norman Lamb: ‘We need an urgent explanation as to why the chief executive and senior directors were away’

The news follows MPs at prime minister’s questions on Wednesday calling for an independent inquiry into the allegations, however the trust has insisted its own “analyses does not support claims made about the figures”.

HSJ understands chief executive Robert Morton was on annual leave for three weeks from mid-December until early January. North Norfolk MP Norman Lamb told HSJ this was “extraordinary… especially when annual leave for paramedics is restricted over this period”.

It was alleged by the senior whistleblower who made the original allegations (see box below) that senior managers had raised concerns about “lack of [board level] support” during this period.

It is understood director of service delivery Kevin Brown was away from 31 December – the same day the trust raised its operational status to the highest risk category for ambulance trusts, “REAP level four”, for 10 days.

It is also understood that director of people and culture Lindsey Stafford-Scott and Wayne Bartlett-Syree, director of strategy and sustainability, also took annual leave during the festive period, though HSJ has not verified exact dates.

Whether other executives were on leave over this period has not yet been verified by HSJ.

Meanwhile, annual leave allocation for frontline staff is cut by 50 per cent in “order to support the delivery of patient care over the period of highest demand”, according to the trust’s annual leave policy published in June.

The trust did not dispute any of the details obtained by HSJ. A trust statement said: “To make sure there is executive and clinical leadership there are rules on who can be away and when. A minimum of three executive directors must be working in any given week.”

A paper by Mr Morton discussed by the board on Wednesday said: “The trust’s planned 24/7 senior operational manager roster arrangements and the expected number of executive directors available ensured that effective governance arrangements of the trust’s festive plan and the application of REAP [resource escalation action plan] guidance were in place.” 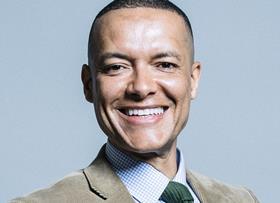 Clive Lewis: ‘There is one rule for the frontline staff and another for senior management’

Questions about the absence of board members during the period were first raised by the senior whistleblower last week. The trust said then it had in place the gold command system, which offered “complete resilience [and] members of the executive team were working across the festive period to provide board level support”.

But Mr Lamb told HSJ: “We need an urgent explanation as to why the chief executive and senior directors were away when these delays happened, especially when annual leave for paramedics is restricted over this period.

“I find it extraordinary that the chief executive and the operations director were away during the first week of January. This reinforces concerns about the leadership of the trust.

“They knew that this was the busiest period of the year, at a time when the NHS is bracing itself for the worst winter crisis in its history.”

Norwich South MP Clive Lewis also raised concerns. He said: “It is hard to come to any other conclusion that there is one rule for the frontline staff and another for senior management at the trust.

“Everyone deserves a holiday but it does not inspire confidence when the most senior people [at the trust] take their leave during what has been known for a long time would be a really difficult period.”

Waveney MP Peter Aldous said during PMQs that he had spoken to the family of a man who allegedly froze to death after 16 hour wait for an ambulance and he has “serious concerns as to how the matter was handled”.

“The trust’s analysis does not support claims made about the figures [of patients harmed due to ambulance delays]. We would be grateful if MPs would provide us with evidence as we currently have none which substantiate these claims.

“We have had no complaints from patients or their families about any of these issues to date. Nor have any concerns been expressed internally through our line management, whistleblowing or freedom to speak up processes.

“It is true that there are the same annual leave restrictions in the trust, supporting the welfare of all staff. To make sure there is executive and clinical leadership there are rules on who can be away and when. A minimum of three executive directors must be working in any given week.

“Staff have worked incredibly hard over this winter and continue to do their very best for patients. We are one of a few trusts nationally rated by the CQC as outstanding for the care we provide [the CQC rated the trust was outstanding in the caring domain in its August 2016 inspection].

“In September, we received an improved single oversight framework rating, moving from level three up to level two, it is a formal recognition of the sustained progress made against quality of care, finance and use of resources, operational performance, strategic change, and leadership and improvement capability.”

Health minister Steve Barclay said earlier this week that a risk summit would be convened with leaders from the trust, the Care Quality Commission, NHS England and NHS Improvement to discuss the allegations.

HSJ understands the CQC is due to visit the trust next month. The quality regulator does not comment on upcoming inspections as they are unannounced.

A CQC spokeswoman said: ”The CQC is aware of the significant demand on health services and the impact this is having on ambulance services including East of England Ambulance Service Trust. We are aware of the recent incidents involving timely access to services. We are currently looking into these and will consider any steps we need to take to protect people using services from harm.

“We will continue to monitor the trust very closely and will work with NHS Improvement to ensure the trust’s actions in response to safety concerns are addressed as a matter of urgency.”