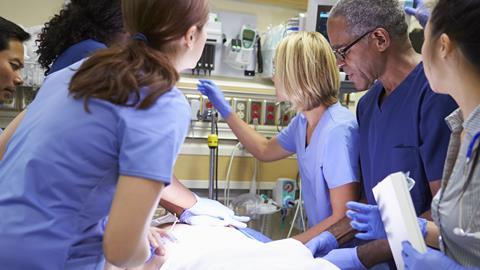 In May 2018 the care of 98.4 per cent of patients arriving at the A&E department of Luton and Dunstable University Hospital Foundation Trust was completed within four hours. Claire Read explores the factors driving this success

Reliably meeting the four hour accident and emergency target – under which 95 per cent of patients should be treated, assessed or discharged within four hours of their arrival in the department – is now a year round worry for many healthcare leaders.

For staff in some emergency departments, it is a goal, which has come to be seen as impossible and a source of near constant demoralisation. After all, England as a whole last hit the target in July 2015.

But at Luton and Dunstable University Hospital Foundation Trust, it is a goal which is not only consistently met: it’s consistently exceeded. In May 2018, the care of 98.4 per cent of patients arriving at the A&E department was completed within four hours. It was pretty much the same in May 2017. And the year before that.

So, how have they done it? What are the ingredients for their success? And what aspects might others be able to emulate?

Those working in the local clinical commissioning group and community provider point to the value of a whole system approach, with as much emphasis on what happens at the back door of the hospital as at the front, and the need for strong communication.

When Caroline Capell discusses how Luton and Dunstable University Hospital Foundation Trust manages to perform so consistently well against the four hour A&E target, she returns to one word time and again: filters.

“We’ve got many filters in place to stop you [inappropriately] going to A&E in the first place, and then once you’re at the hospital there are other filters,” explains Ms Capell, the assistant director of unplanned care for Luton CCG.

And, according to Ms Capell, this performance is all down to that filter focused approach. In the emergency department itself, there is a streaming pathway by which around a quarter of the activity is immediately filtered to an urgent GP clinic.

There’s a clinical navigation team too, its members focused on quickly identifying patients where the necessary course of action is immediately clear – and so speeding up an admission, an assessment or a discharge.

But when it comes to meeting the four hour target, Ms Capell says “it very much starts from outside of A&E”.

She explains the trust has a GP liaison team, staffed by nurses who offer advice on the most appropriate support for a patient. “If a GP wants to send a patient in, they will go through that team first. That allows the acute trust to know what’s coming, but also makes sure it is the best place for the patient to be.”

The team is led by Sally Shaw, who though employed by Cambridgeshire Community Services Trust is based at the acute trust. And the team sits within discharge services: which hints at another ingredient said to be crucial to Luton and Dunstable’s A&E performance.

“If you split my team up, we do the front end and the back end,” explains Ms Shaw, service manager and lead nurse for community liaison/continuing healthcare on the integrated discharge team.

“The front end is the GP liaison bit and admission avoidance. But then if a patient comes in, we track them through the system to say: ‘They’ve hit the ward, they need some support [when discharged].’”

In the emergency department itself, there is a streaming pathway by which around a quarter of the activity is immediately filtered to an urgent GP clinic

The trust also has discharge coordinators on every ward. Stresses Ms Shaw: “You almost need to look at your discharges before your A&E. Because your discharges free up the beds that your A&E patients will need to go into. You can’t do it in isolation, and you need to draw on all your partners that you can possibly draw on.”

It is an opinion shared by Siva Anandaciva, chief analyst at The King’s Fund. He has studied performance against the four hour target for many years, and says there are three things each high performer has in common.

Indeed, Mr Anandaciva says he is consistently surprised by “how much of this is based on the quality of personal relationships”.

“I saw one trust that had a great winter, and one of the two things they ascribed it to was that one of the consultants on the medical assessment unit gave his phone number to the leader of the primary care collaborative and said any time you’re unsure of something, give me a call.”

At Luton and Dunstable, the GP liaison setup has been in place for about a decade. But in 2015, a formal phone line was put in place in partnership with private provider Consultant Connect.

Nurses from Ms Shaw’s team answer calls on a rota, and if one member isn’t available, the system calls the available next person on the list until the call is answered. A similar but separate setup is in place for paediatric patients, with GPs able to connect to consultants for advice.

Considering the GP liaison for adults, Ms Shaw remembers: “Historically, we had GPs constantly telling us that it was taking them 20 minutes to get through because they had to go through the switchboard, switchboard had to bleep us, and then just by sheer frustration and to clear their surgery they would say to the patient: ‘Go to A&E.’

“We don’t have that situation now. We take an average of 550 calls through the Consultant Connect phone line every month, and we answer those calls within 30 seconds on something like 97 per cent of patients.”

And in 81 per cent of cases, patients are navigated for assessment or diagnostics rather than to A&E.