Exclusive: £3bn to be raided from NHS investment funds

More than £3bn looks set to be raided from already squeezed NHS investment funds by 2020, to prop up the Department of Health’s day to day revenue budgets, according to figures seen by HSJ.

A presentation slide used by national NHS leaders says another £1bn will be transferred from capital budgets in 2017-18, on top of £1.2bn already confirmed for 2016-17. 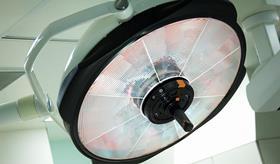 The DH has been heavily criticised for repeatedly using capital funds to balance growing revenue deficits in the NHS trust sector in recent years, and the planned transfers would mean capital funds being raided for six years in a row.

The figures were revealed in a slide used by the Healthcare Financial Management Association at its annual conference. HSJ understands it had previously been used by national officials.

A DH spokesman told HSJ that capital to revenue switches beyond 2016-17 “have not been set out yet” and declined to comment further.

Meanwhile, many of the sustainability and transformation plans have set out huge requirements for capital investment to reconfigure services or make crucial improvements to IT systems.

In a note attached to the DH annual accounts in July, the head of the National Audit Office raised concerns about the £950m capital to revenue transfer in 2015-16, saying this approach was “unsustainable” and would have “significant consequences for both service users and taxpayers”.

The NAO said the transfer meant “long term investment plans have been set aside for the short term goal of meeting day to day spending” and national leaders needed to build a “credible” plan to ensure the sustainability of services.

The DH annual capital budget has already been frozen in cash terms at £4.8bn over the five years to 2020-21, before accounting for the transfers to revenue.

This has led providers in most regions to look at options for private investment in their estates, such as the private finance initiatives or local improvement finance trusts.

Paul Briddock, director of policy at the HFMA, said £2.3bn of the remaining capital budget is effectively already committed each year to cover depreciation charges. This is necessary to account for the declining value of an asset over its lifetime.

He added: “Any capital to revenue transfers being made to support the financial spend position of the NHS will simply take away valuable resource needed for capital expenditure – for example, to support the requirements of STPs in changing the way the NHS provides services.”

NHS England did not respond to HSJ in time for publication.

Anita Charlesworth, director of research and economics at the Health Foundation, said: “As everyone in the service knows, this is unsustainable. It doesn’t tackle the underlying problems of poor workforce planning and rising demand pressures.

“More fundamentally, any further raids on capital budgets are storing up problems for the future. The NHS needs to transform to be sustainable but it can’t transform without investment. The system seems locked in a vicious cycle of deficits and raids on the very budgets that could help transform services.”