Give providers what they want – for the sake of finances

Providers need four things from us if they are to win their financial battle, writes Chris Hopson 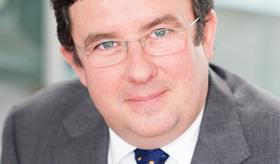 There’s currently much talk of an NHS reset – presumably system leaders exhorting the NHS to realise further savings this year and to meet the sharply lower funding increases expected in 2017-18 and 2018-19.

2016-17, the year of plenty, was meant to be a firebreak, to eliminate the provider deficit and get a head start on investing in transformation.

Instead, the extra £5.5bn cash has been eaten up by population increases, pay growth, higher pension and drugs costs and £1.8 billion to reduce the provider deficit. The control totals agreed by providers, calibrated by NHS Improvement to be stretching but deliverable, add up to a 2016-17 provider deficit of £550 million.

The 2015-16 deficit was, in reality, after capital/revenue swaps and accounting adjustments, at least £3 billion. So providers are saving an additional £650 million on top of the 2 per cent already asked of them – an indication of how far they are stretching.

The worry is that this: £550 million deficit carries significant risk. Each of the last three years has seen in-year deterioration against plan and this seems much more likely than realising the further savings recently asked for.

All of this is before the impact of Brexit where there is also more downside risk than upside opportunity. We already know there is a likely extra £900 million of foreign medical device procurement cost, given the weakening pound.

Additionally, as Simon Stevens pointed out, if the economy sneezes, the NHS catches a cold and the vast majority of forecasters are pointing to colder times.

Even if there were to be more money, it’s hard to disagree with Stevens’ proposition that the threadbare social care sector should have first call, not least because of the impact on NHS trusts when they are unable to discharge patients that are medically fit to leave.

We also know that counting on significant, quick, savings from demand management, service reconfigurations and new care models won’t work either. Changes are needed in all these areas but the financial benefits, if they exist, won’t arrive fast enough.

Providers will do all they can to meet the unprecedented financial challenge they now face but they tell us they need four things from any reset.

The first is realism and honesty – recognition that there is now a gap between what is being asked of the service and the funding available. We can’t carry on pretending this gap doesn’t exist or just passing it to the frontline to sort.

The second is a plan. Many have been in denial about the consequences of the middle years of the spending review ever since it was announced in November 2015. If spending in April 2017 is to match 2017-18 funding levels, we must plan now.

We need to tear up the usual NHS planning timetable and complete the system level financial framework for the next two years – tariff, allocations, contracts and CQUINs – by early autumn.

This must include a commitment to continuing this year’s £1.8 billion support for providers, without which providers will just slip back into bigger deficit. We must then turn the sustainability and transformation plans question from “where do you want to be in 2020-21” to “how do you get through each of the next three years and how does that help you get to your 2020-21 destination”?

Central to this task must be a more realistic ask of the NHS frontline. The core ask – delivering the current NHS offer and performance standards, realising an unprecedented level of savings, effecting the biggest NHS ever transformation and introducing seven day services – is already far too stretching.

But, on top of this, the NHS is being overwhelmed by extra priorities – mental health and cancer taskforces, maternity review, learning league table, paperless NHS, mortality data review. The list goes on.

Third, we need a much smaller set of priorities on which the service ruthlessly focusses with everything else taking second place.

These need to be realistically sized with an achievable delivery trajectory for each priority, carefully calibrated to match available frontline capacity and capability and an honest appreciation of how difficult delivering the core NHS offer now is. Once priorities have been agreed, no more should be added.

The final requirement is to recognise that providers are genuinely doing their best. Punitive sanctions, more command and control, and louder exhortation won’t deliver any more.

Far better that system leaders offer real support: to develop workforce plans that safely match paybill to tighter finances, to deliver the Carter review and to build capacity and capability.

One thing is clear. We have to do something different rapidly. Our current trajectory is clearly incompatible with the lower funding increases required over the next three financial years.