HSJ’s 10 most read finance and efficiency stories of 2020

With 2020 down to its final days, it’s time to take a look back at HSJ’s most read finance and efficiency stories of the year. 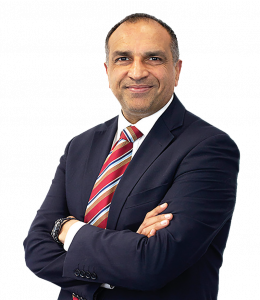 The man reponsible for leading the troubled NHS Supply Chain agency resigned in September. Jin Sahota was chief executive of Supply Chain Coordination Limited, the publicly-owned company set up to manage NHS Supply Chain. Mr Sahota’s resignation came less than six weeks after HSJ revealed the Department of Health and Social Care and the Cabinet Office was carrying out a review of the beleaguered agency.

Nearly £350m was earmarked by NHS England/Improvement for spending on England’s Nightingale hospitals, revealed newly published contracts in July. The seven hospitals, spread around, were estimated to cost £346m to set up and for their first three months of operation. Almost a third of the total cost was earmarked for Birmingham’s Nightingale hospital, for which the contract to create and run the facility was worth £108m - the contracts stated.

In May, NHS England commissioned an investigation into the finances of a major acute trust, after concerns led to an accounting adjustment which added £46m to its deficit. The adjustment increased University Hospitals of Leicester Foundation Trust’s underlying deficit to £130m in 2019-20. NHS England and Improvement have commissioned PwC to carry out an independent review.

Exclusive: Trusts set to be let off £10bn debt

NHS providers that owe the government a combined £10bn would see the debts converted into a form of investment that does not have to be repaid, under plans discussed by national leaders in January. The plans were discussed at a meeting called by NHS England and NHS Improvement, attended by finance chiefs from local organisations. The debts have built up since 2014-15, as dozens of financially struggling trusts have been routinely forced to draw down emergency bailout loans from the Department of Health and Social Care to maintain their payments to staff and suppliers.

It was revealed in October, a teaching trust has had to adjust five years’ worth of financial accounts after an error which meant one of its hospitals was undervalued by £50m. In its 2019-20 annual accounts, University Hospitals of Derby and Burton FT, said there was a “discrepancy” which dated back to a valuation in 2014-15 and was discovered earlier this year. 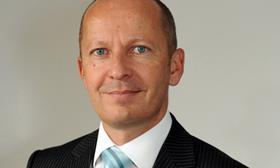 A leading chief executive described NHS England’s major changes to the financial architecture as ‘very risky’, amid a number of wider concerns from local leaders. The comments from Glen Burley, who leads a group of three acute trusts in the West Midlands, came after NHSE outlined a major shift to using financial allocations and incentives tied solely to system level performance. He argued for “more relevant” funding changes.

The NHS could lose more than 5,000 research staff and around £500m in funding because of covid-19, warned major trust leaders in August. In an impact statement sent to the Department of Health and Social Care, the representative body UK Research & Development referred to an 80 per cent decrease in NHS commercial research activity in April, compared to the average activity levels seen over the last three years. It has urged the government to secure full funding for urgent public health studies among other things.

Ministers were going to invite local leaders to bid for eight ‘new hospitals’, as part of the government’s NHS building plan. In an announcement in October, the Department of Health and Social Care said there would be a “competition” between local systems to identify the eight new schemes, which it said would include mental health facilities. It said these would be delivered by 2030.