NHS regulators have established a working group that is looking at the possibility of buying out some providers’ PFI schemes.

Jim Mackey, chief executive of NHS Improvement, said the borrowing levels and profit margins within some private finance initiative schemes are “absolutely ridiculous”, and he is trying to support a group of trusts to buy out their contracts. 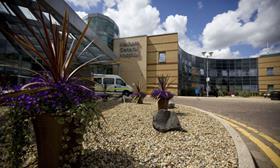 Where buyouts are not possible, he urged trusts to manage their contracts more “robustly”.

Mr Mackey was involved in the only PFI buy out to have occurred in the NHS so far, when he was chief executive of Northumbria Healthcare Foundation Trust.

Speaking at the HSJ Summit last week, Mr Mackey said: “We’ve got a working group that’s looking at PFI and what we can do, ranging right from buying out to the more simple and more straightforward just [managing] the contracts better… I’m still trying to support some providers where I think it’s the answer.

“Not every PFI is possible to buy out because of the way they’re structured and the Treasury are really worried about it as well, about having a kind of blanket buyout and the impact that would have on [the Department of Health’s capital budget].

“But I do think if we don’t do something we’ll wake up in 20 years’ time and think ‘we had the lowest borrowing levels since the Napoleonic war and we’ve missed a massive opportunity’.

He stressed that PFI was “the only show in town” when many of the deals were signed around the turn of the century, but added: “The borrowing levels are 7 or 8 per cent and then there’s layer on layer of profit within the schemes.

Where a buyout is not possible, Mr Mackey said: “There are also other PFIs which technically, contractually, aren’t performing and there’s a way of dealing with that and we are not doing that as robustly as we should do.

“Again, we’ll be having conversations to make sure that is addressed and we don’t let people that are getting paid really well give us a bad deal.”

The HSJ Summit was held last week under Chatham House rules. Mr Mackey has since agreed for these attributed comments to be published.