The chancellor got lucky this Budget but can that luck hold?

Anita Charlesworth notes that the chancellor narrowly avoided the impossible political choice of making good on the extra £20.5bn promised for the NHS with tax increases but the underlying reality remains unchanged 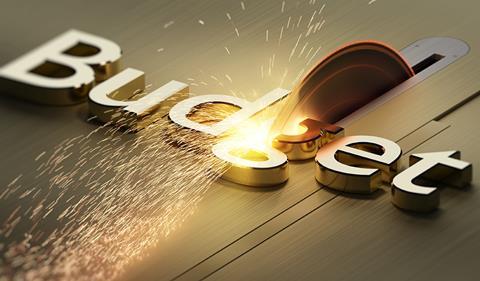 For the first time since 1962, this year’s Budget was held on a Monday.

As the chancellor acknowledged in his speech, he was avoiding Halloween and most of the economic analysis suggested this was a wise move – it was shaping up to be a potential horror show.

Following the prime minister’s announcement of an end to austerity, the chancellor’s task was to deliver on that commitment and make good on the extra £20.5bn promised for the NHS, all while reducing borrowing and avoiding tax increases –  a “mission impossible” according to the Resolution Foundation.

So, is Philip Hammond the new Tom Cruise? Sadly, for him, probably not. But he should almost certainly consider himself a very lucky punk, to mix film metaphors.

The chancellor narrowly avoided this impossible political choice because the Office for Budget Responsibility upgraded its forecast for tax receipts.

This provided enough headroom to meet the NHS headline commitment, take the edge off the Universal Credit cuts and shore up defence spending, without changing his borrowing numbers.

He then did the classic thing politicians do in these circumstances, and kicked most of the really difficult decisions into the future with a spending review in 2019. He also indicated that, depending on Brexit progress, there might be another budget in the spring. This was very lucky.

But as the Institute for Fiscal Studies points out, the luck might not last – just as forecasts get revised up, so they often get revised down. The economic outlook is subdued and the public finances face a structural imbalance.

In the end, the commitment to properly fund the NHS can only be delivered without decimating other public services if taxes rise. That day of reckoning is postponed but the underlying reality remains unchanged.

Bleak outlook for next year

This autumn’s Budget was all about the NHS – most particularly how to pay for the extra £20.5bn in 2023-24 and its impact on the public finances. Unsurprisingly, the Budget had very little new to say on the NHS following the big announcement in the summer.

But as ever, the devil is in the detail. A 2019 spending review means funding decisions made then will kick in to public service budgets from April 2020 onwards. This matters as the extra £20.5bn is only for NHS England; it excludes the public health grant, education and training and capital investment.

There is no more money for these next year and, depending on how extra pension costs play out, it is likely we can expect another raid on capital budgets. The higher pension costs facing the NHS budget have been added to NHS England’s budget and won’t come from the £20.5bn.

The Budget arithmetic for 2019-20 didn’t change the spending totals for the health budget as whole – as things stand that would mean £1bn less next year across capital, education and training and public health

But the Budget arithmetic for 2019-20 didn’t change the spending totals for the health budget as whole – as things stand that would mean £1bn less next year across capital, education and training and public health.

The government has said warm, supportive things about capital and public health but next year’s outlook for both is bleak. For capital – while it will be hard to find anyone who doesn’t think private finance initiative has been something of a horror – ending PFI leaves a potential £3bn hole for the NHS.

Overall, the upshot is health funding growing by 2.7 per cent in real terms next year, way below the 3.3 per cent the Health Foundation and IFS calculated was necessary to stand still.

It will be hard to avoid another year in which services move backwards and it’s a difficult backdrop to the NHS long term plan, due before Christmas.

The long term plan should be about transforming care but there is a real risk that it becomes like a mini spending review, with different areas vying to be the focus of new improvements to the NHS offer, rather than concentrating on the fundamental effectiveness and efficiency of the health service as a whole.

This is not to say that key services don’t need to be improved; they do. But focussing on these alone would be a mistake.

The NHS is on probation over the next few years. The IFS have pointed out that health is growing massively as a share of public service spending – in five years’ time 38 per cent will be on the NHS, up from 23 per cent in 2000 and 29 per cent in 2010.

There is a strong feeling in parts of Westminster and Whitehall that extra money for the NHS is like pouring water onto sand; it disappears with nothing visible to show for it.

Other departments are getting nothing like 2.7 per cent and, to accommodate the extra NHS cash, they may well face cuts. The imperative to use every pound spent on the NHS well cannot be overstated but this requires investment in change.

It’s the product of systemic failures in our model of care, workforce strategy and misaligned resources – primary care facilities not fit for purpose, community services without basic IT systems, outpatient departments not configured to do procedures as well as consultations.

Unlocking the better value system everyone wants requires pump priming but it’s hard to see how much progress can be made next year.

It seems that the chancellor may have solved his mission impossible by passing it over to Matt Hancock and Simon Stevens, so now the question is: do either of them fancy themselves as Tom Cruise?