Brexit: How the political fallout will affect the NHS

2
What does Brexit mean for NHS funding?
Finance and efficiency

What does Brexit mean for NHS funding?

The vote for Brexit and the economic and political turbulence that attends it have ushered in a period of huge risk and uncertainty for NHS finances, HSJ has been told. 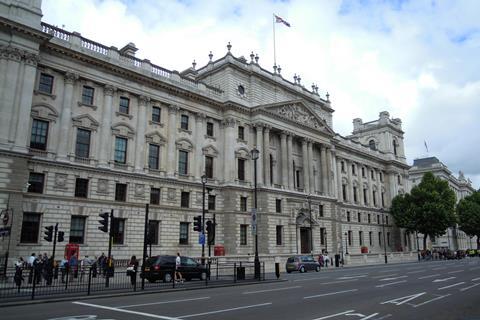 The variables affecting public finances are now so many, and so great, that few experts were willing to offer firm predictions this morning about the outlook for NHS funding.

However, none of the independent experts and senior health service figures that spoke to HSJ expected increased funding to be among the more likely outcomes for the health service.

The major risk for the NHS arising from the Brexit vote is that it will trigger a recession, reducing tax revenues and increasing pressure on public spending. This could be compounded if the government’s cost of borrowing were to rise, making it more difficult for the government to cover reduced tax revenues with increased borrowing.

In these circumstances, if the government wanted to stick to the current target of moving into surplus by 2019-20 it would need to increase taxes – unattractive in a recession – or seek deeper cuts in public spending. NHS Confederation chair Stephen Dorrell, a former health secretary and Treasury minister, told HSJ there was no reason to expect the economic impact would be any better than the gloomy pre-Brexit forecasts, so the NHS would “catch a cold”.

Nuffield Trust chief executive Nigel Edwards said: “If the Treasury’s projections are right, and there’s a macroeconomic shock, then public spending will need to fall.

“Given it’s increasingly clear that the current settlement the NHS has got is unsustainable anyway [because the NHS is finding it very difficult to live within its budget], then the shock on the NHS is likely to be very, very significant.

“Even if some of the subscriptions to the EU can be re-routed to the NHS, they’re unlikely to arrive in time.”

However, the economic impact of the Brexit vote remains highly uncertain, and the picture is further complicated by the politics.

The government that is formed after the prime minister steps down – which he expects to do by early October – is expected to be to the right of the current leadership, and tougher on public spending. However, the Leave campaign also made strong commitments to NHS spending during the referendum campaign, and leaders in the service can be expected to use those commitments as leverage.

As Mr Edwards suggests, if there were an economic shock so great that the next government moved to seek greater savings from the NHS than are currently implied in the 2015 comprehensive spending review it would be very risky: the service’s finances are already very fragile, and it is not well placed to cope with a further squeeze.

NHS Providers chief executive Chris Hopson said the possible upside in this scenario might be that a new prime minister brought with them a new chancellor who felt able to relax the current 2019-20 target for bringing the public finances into surplus.

However, he added: “There are enough people running around saying Brexit will definitely lead to recession for our view to be that the downside risk is greater than the upside opportunity.”

HSJ understands that most in Westminster and national NHS bodies are currently working on the assumption that the current CSR deal will be maintained. What is less clear is how a more right-wing government would address NHS funding after the current CSR period.

In the short term, NHS finances are already in a very much worse state than was anticipated in the CSR deal, and the service is coming under increasing pressure from the Treasury to exert grip. Some well-placed figures expect this to be accentuated by the worsening economic situation, despite the distractions and the power vacuum created by the anticipation of a new government.

HSJ understands that the major intervention to “re-set” NHS finances that was planned for July is still expected to go ahead, but it may not now be fronted by the prime minister, as previously anticipated.

Within the service, on one hand there is a concern that the NHS needs to act now to rectify its finances, or face the prospect of a more right-wing government intervening later on.

On the other hand, providers have warned against attempting to go further with savings this year than already planned.

NHS Providers chief executive Chris Hopson told HSJ: “We would expect there to be a debate among system leaders about whether more needs to be done in 2016-17 to offset the risk that comes from choppier economic times. But our members would argue that they are already doing everything they can and if more money is taken out consequences will inevitably follow in service and staffing levels.”

Brexit: How the political fallout will affect the NHS