In this week’s issue Monitor chief executive David Bennett tells HSJ the regulator needs to play a significant role in “turbo-charging change”. Plus: 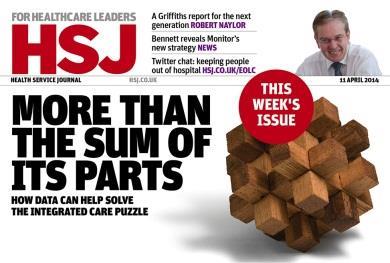 The next issue of HSJ will be out on 25 April. Visit hsj.co.uk and use the app for the latest news over the Easter period and to sign up for daily alerts.